A milestone 15 years in the making, ELAD Canada is celebrating the selling out of their entire Emerald City community in North York, a redevelopment of the Parkway Forest community that has injected new life into the area. The long-term redevelopment has created 3,000 condominium residences across nine towers, 300 units in purpose-built rental buildings, and the 50,000 ft² Parkway Forest Community Centre and 5,000 ft² aquatic centre that serve the regenerated area. 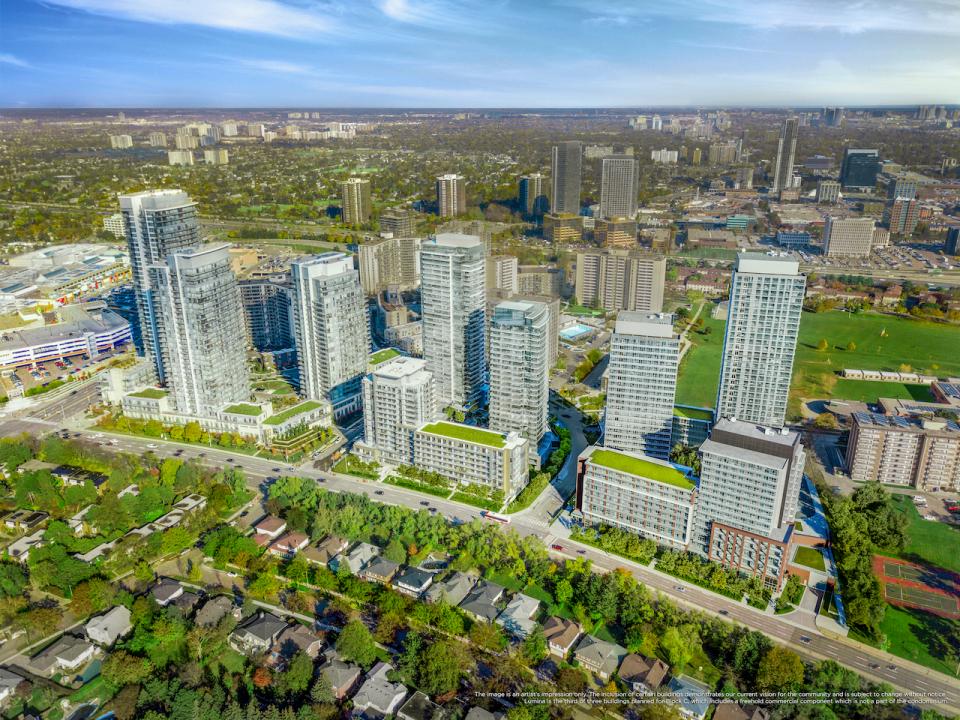 The value of the 32-acre site at Don Mills and Sheppard was unlocked by the TTC’s opening of Don Mills station on the Sheppard subway line in 2002, with revitalization bringing increased densities in the neighbourhood. Almost two decades later, the final block of towers at the south end of the site are closing in on completion, set to welcome residents later this year. The recent sell-off of the final remaining Emerald City suites marks the completion of ELAD’s development journey for the Parkway Forest site. Spread across three blocks, the towers include the completed Emerald City 1, Emerald City 2, Dream Tower, The Colours of Emerald City, The Park Club, and Fifth on the Park. The final three buildings nearing completion are The Point, The Peak, and Lumina. 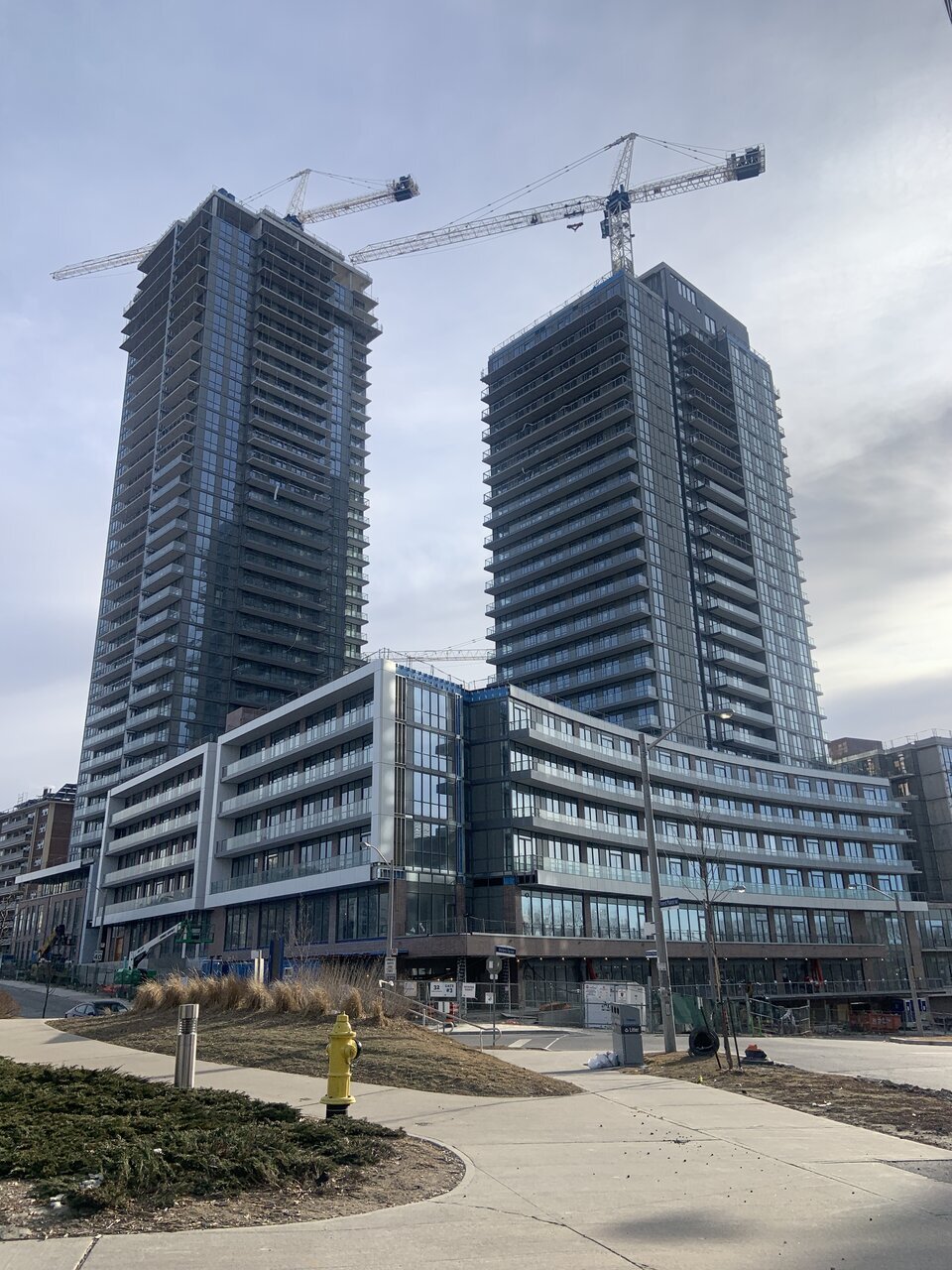 March, 2021 view of the final three buildings under construction, image by Edward Skira

“What a rewarding achievement to reach complete sell-out in our flagship master-planned community, Emerald City,” reads a statement by Rafael Lazer, CEO of ELAD Canada. “When we started this journey, we were energized by the amazing potential that we saw in North York. We worked closely with Councillor Carroll and local community members to develop the vision for the next chapter of the Parkway Forest neighbourhood. It’s a very gratifying moment to see the streets lively and animated with people enjoying the community as we intended.”

The nine towers, townhomes, and mid-rise buildings all share a design language that creates a cohesive feel throughout the community. The aesthetic blends with the earlier rental buildings of the Parkway Forest community, incorporating buff-coloured brick into the complex’s initial buildings, and which then transition to a wider range of finishes as the community moves from north to south. 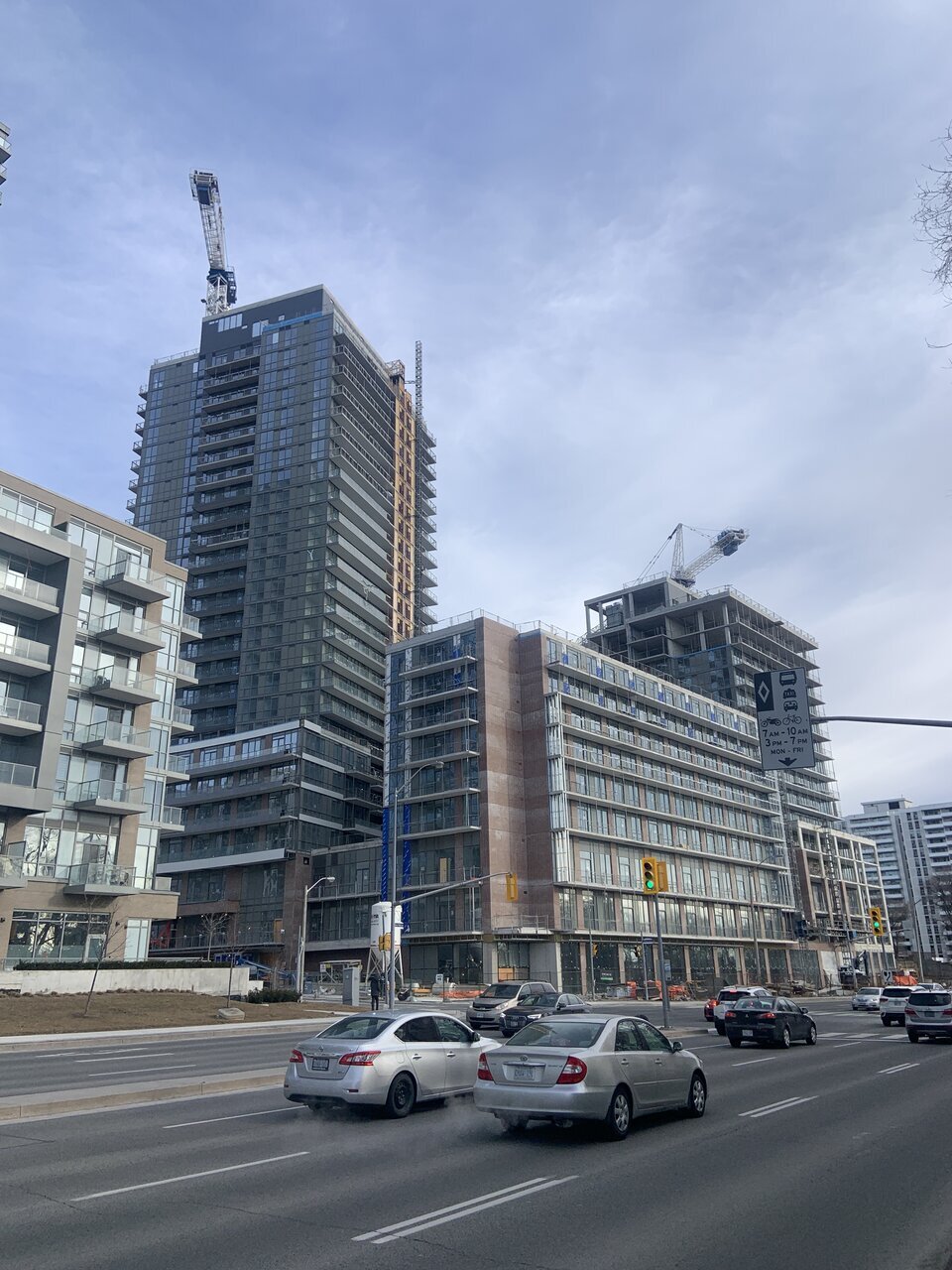 March, 2021 view of the final three buildings topped out over Don Mills, image by Edward Skira

“We have designed 16 buildings ranging from townhouse blocks to high-rise condos on the site, all master-planned and linked by pedestrian connections and vibrant open spaces. It brings us great joy that residents and community members can navigate through the streetscapes easily, they can enjoy the outdoor public spaces and retail mix, and their homes are bright with lots of natural light and great views,” stated Len Abelman, Principal at WZMH Architects.

While the majority of the community was designed by WZMH, the LEED-certified Parkway Forest Community Centre, is a Diamond Schmitt Architects design. Opened in 2015 in collaboration with the City of Toronto, the facility serves Emerald City and the wider surrounding community with numerous amenities including a fitness centre with a full-sized gym, running track, dance studios, a rooftop garden, a YMCA-run daycare, and an aquatic centre with an outdoor pool. 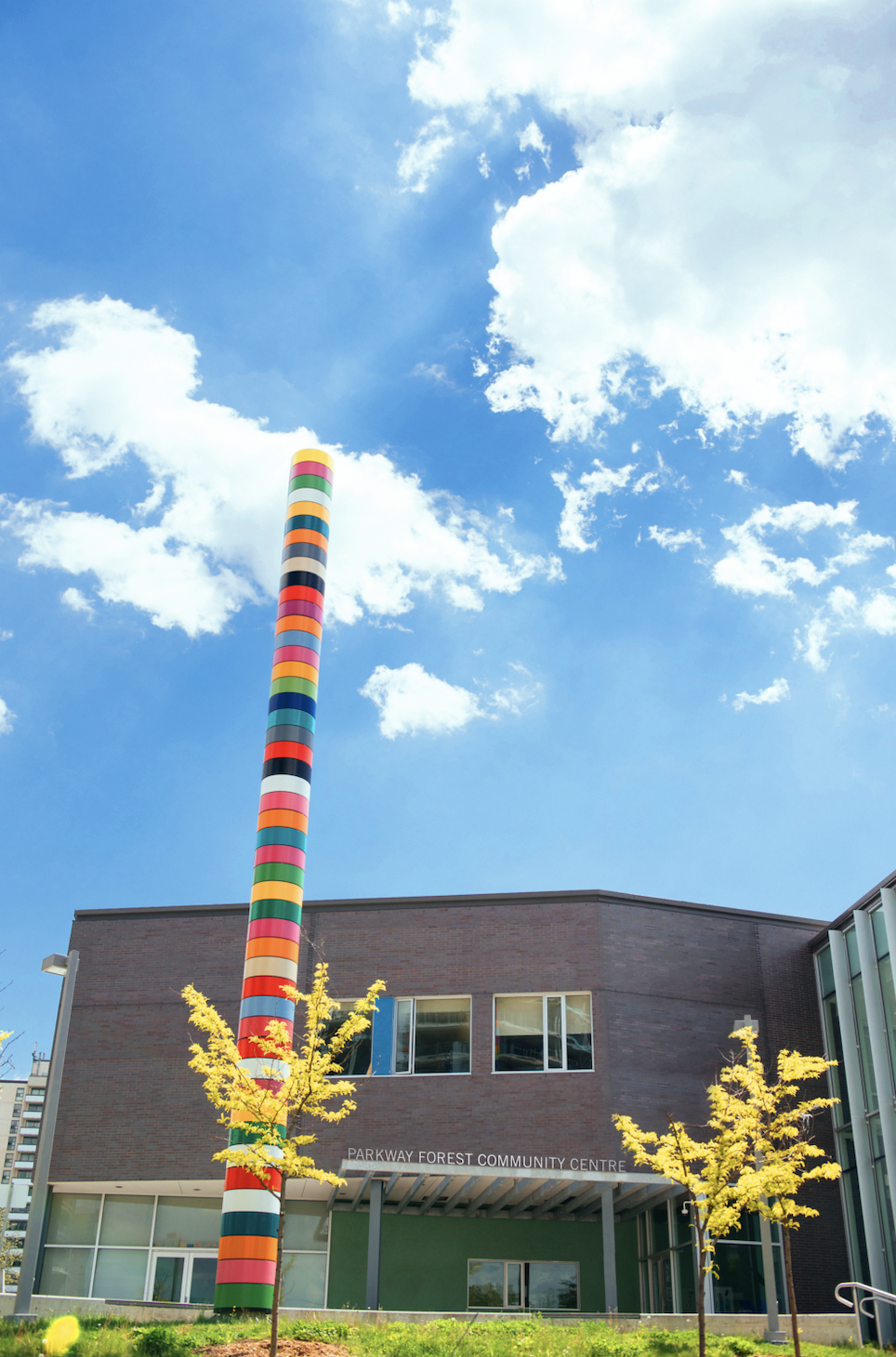 The announcement of the community’s recent selling out is evidence of sustained demand for homes in the community, despite the pandemic and its accompanying economic uncertainty. With a 15-year marketing run, these aren’t the first hard times the project has persevered through, also navigating the 2008-2009 financial crisis. “It is a testament to the strength of our team’s vision and commitment,” stated Lazer. “Our expertise – as displayed throughout this 15-year process at Emerald City – exemplifies our signature approach to master-planned communities.”

ELAD is now moving forward with new master-planned redevelopments, including Galleria on the Park, where the first buildings are already under construction and a third phase has launched. Another upcoming mixed-use community with residential, office and retail is the planned Lansing Square development, a 400,000 ft² complex set to be offered next year. “We are incredibly excited to see this same success at our upcoming communities, Lansing Square and Galleria on the Park, which are already receiving accolades and starting to shape the future of their respective neighbourhoods,” stated Lazer.

Additional information and images can be found in our Database files for the projects, linked below. Want to get involved in the discussion? Check out the associated Forum threads, or leave a comment n the space provided on this page.