Excavation Deepens at Site of Minto’s The Saint

A pit is deepening where the footprint of a new Minto Communities GTA condominium tower is coming to Church and Lombard streets in Downtown Toronto. Dubbed The Saint for its proximity to St James Cathedral, the Wallman Architects-designed project is to eventually rise 46 storeys, but first, the site is being excavated to create space for foundations and the site’s underground parking levels.

Site activity commenced in August of last year, when demolition began to clear the slate for the new development. A ground breaking was celebrated in September, and drilling rigs began work on the site’s shoring system in the weeks thereafter. The next big step came at the start of this year, when shoring rigs completed drilling around the perimeter of the site, and excavation began. 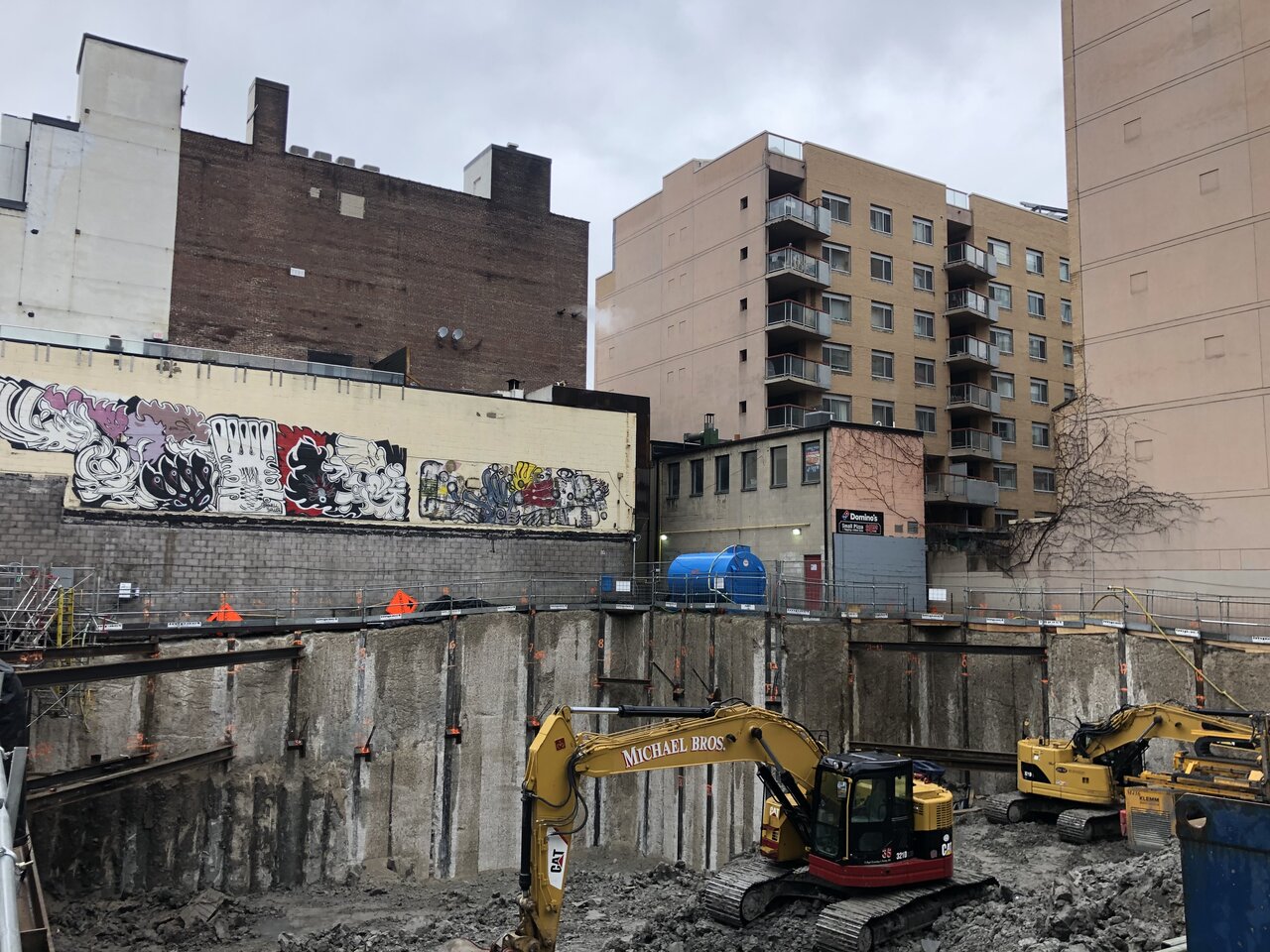 Excavation at The Saint, image by Forum contributor bilked

Crews have since made big steps towards the pit’s final depth of 20 metres. Now several metres below grade, the excavation shows that both pile and lagging and caisson wall shoring systems being employed to hold back the surrounding earth. Watertight caisson wall is used where underground streams would otherwise flood the pit. Most recently, a smaller drilling rig has arrived. It is drilling horizontally into caisson walls to install tiebacks, or rock anchors, to support the shoring walls. 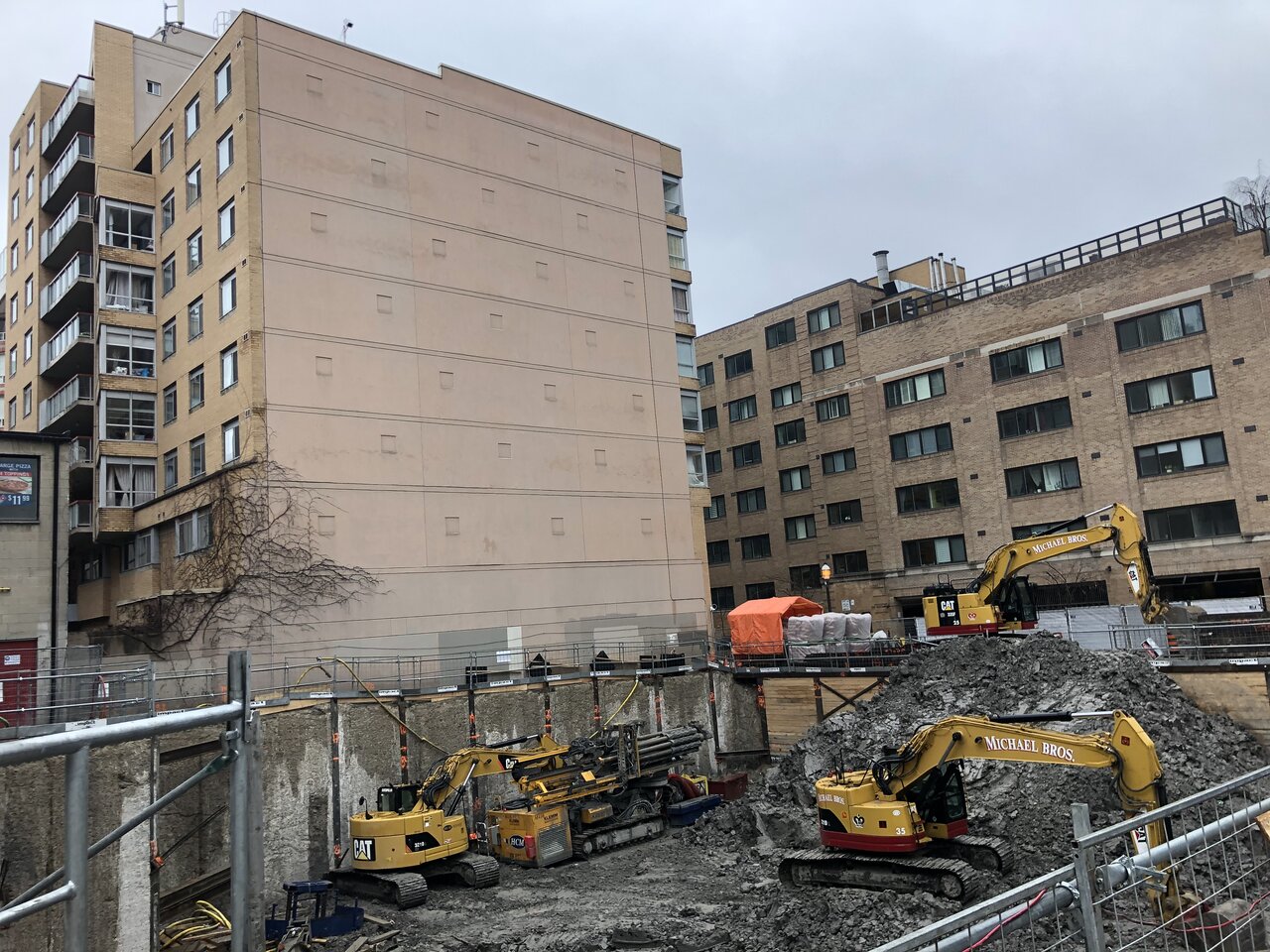 Excavation at The Saint, image by Forum contributor bilked

Once the pit bottoms out, installation of a tower crane is the next milestone expected, marking the start of construction of a six-level-deep underground garage that will serve residents, visitors, and retail patrons. Once it’s finished, the start of the above-grade ascent will follow. Eventually, the completed building will bring 419 condominium units to a regenerating stretch of Church Street, to be anchored to the street with through new ground-floor retail space that will help to animate this stretch with new pedestrian life. 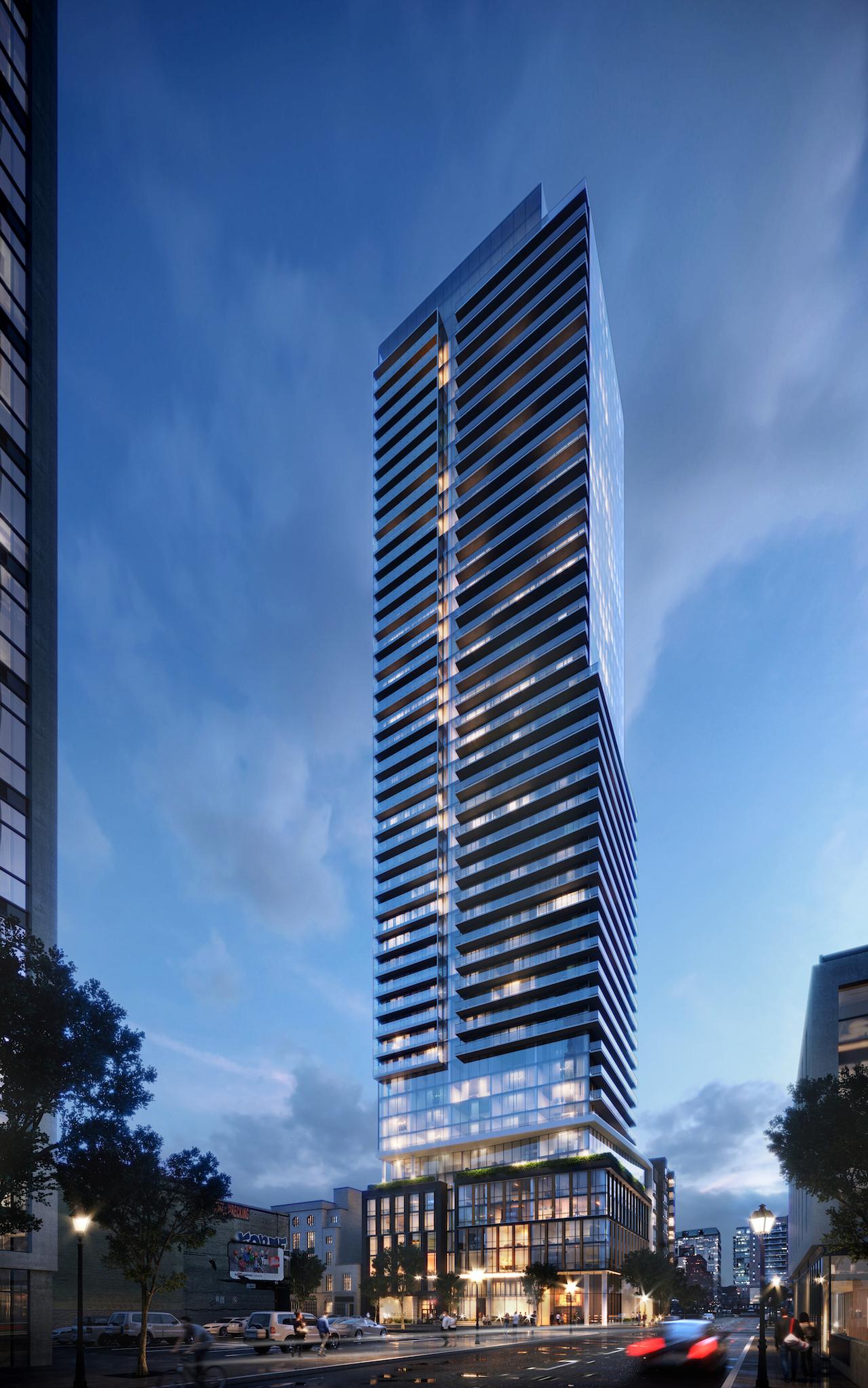