Toronto’s densifying Entertainment District is about to grow another tower denser as construction surfaces above street level for Graywood Developments‘ Peter and Adelaide. Marketed in a nod to its position at the northwest corner of the intersection of the same name, the 47-storey BBB Architects-designed condo tower will rise to wrap around the Templar Hotel and a two-storey heritage building at 342 Adelaide West.

The first signs of activity on the project site were spotted approximately 14 months ago, when existing buildings on the site were fenced off in September, 2019. Demolition occured in the weeks that followed. The site was largely cleared by the end of October of last year, and a ground breaking ceremony celebrating the start of construction was held in November, 2019. 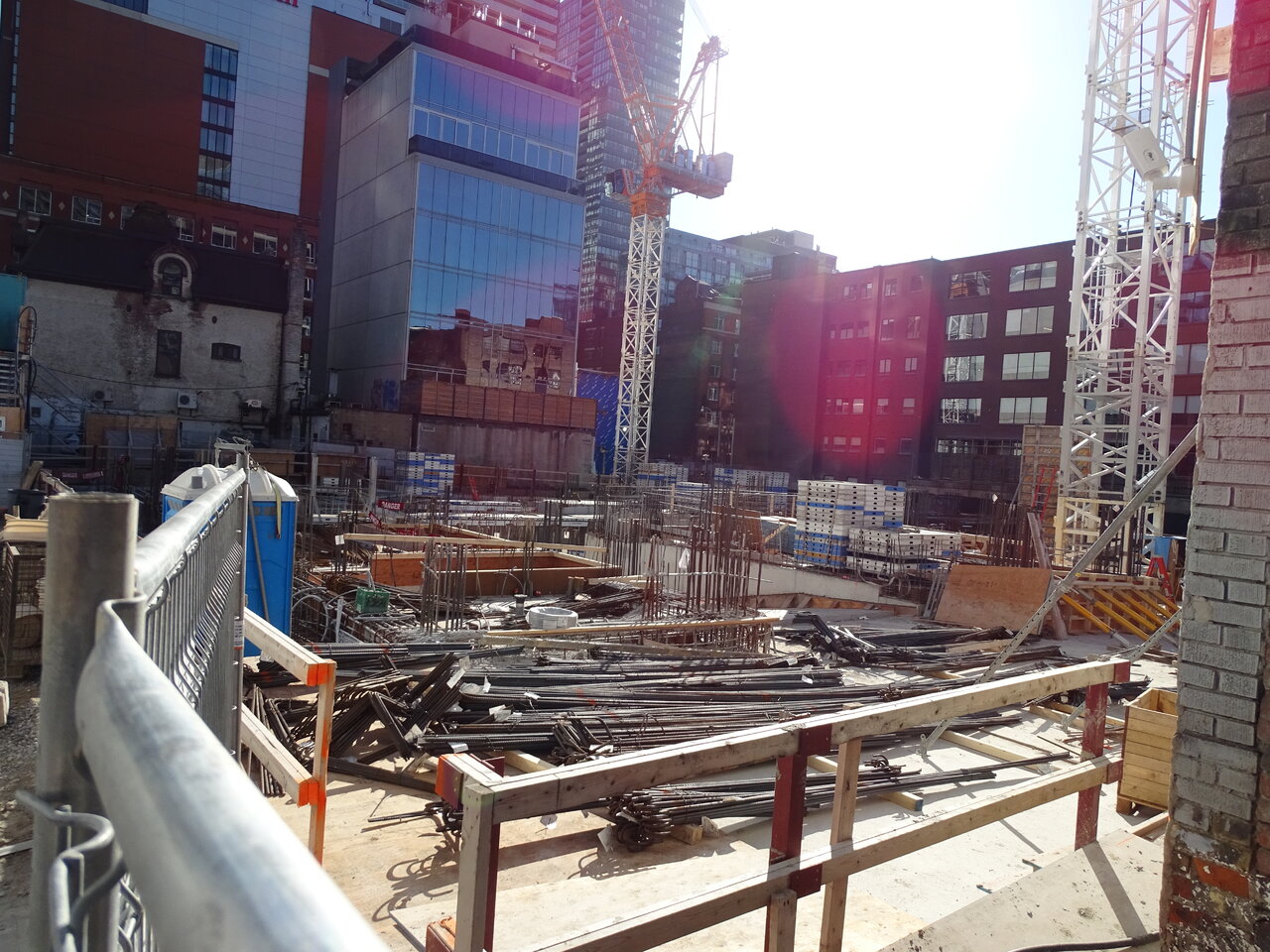 Actual construction activity was first spotted in December, when drilling rigs arrived to start work on the site’s shoring system. We last checked in on the site in March, when excavation was in the process of revealing the site’s tandem caisson wall and pile + lagging shoring systems. Excavation would continue to make way for the project’s four-level underground garage until a crane was eventually installed at the base of the pit in mid-July. 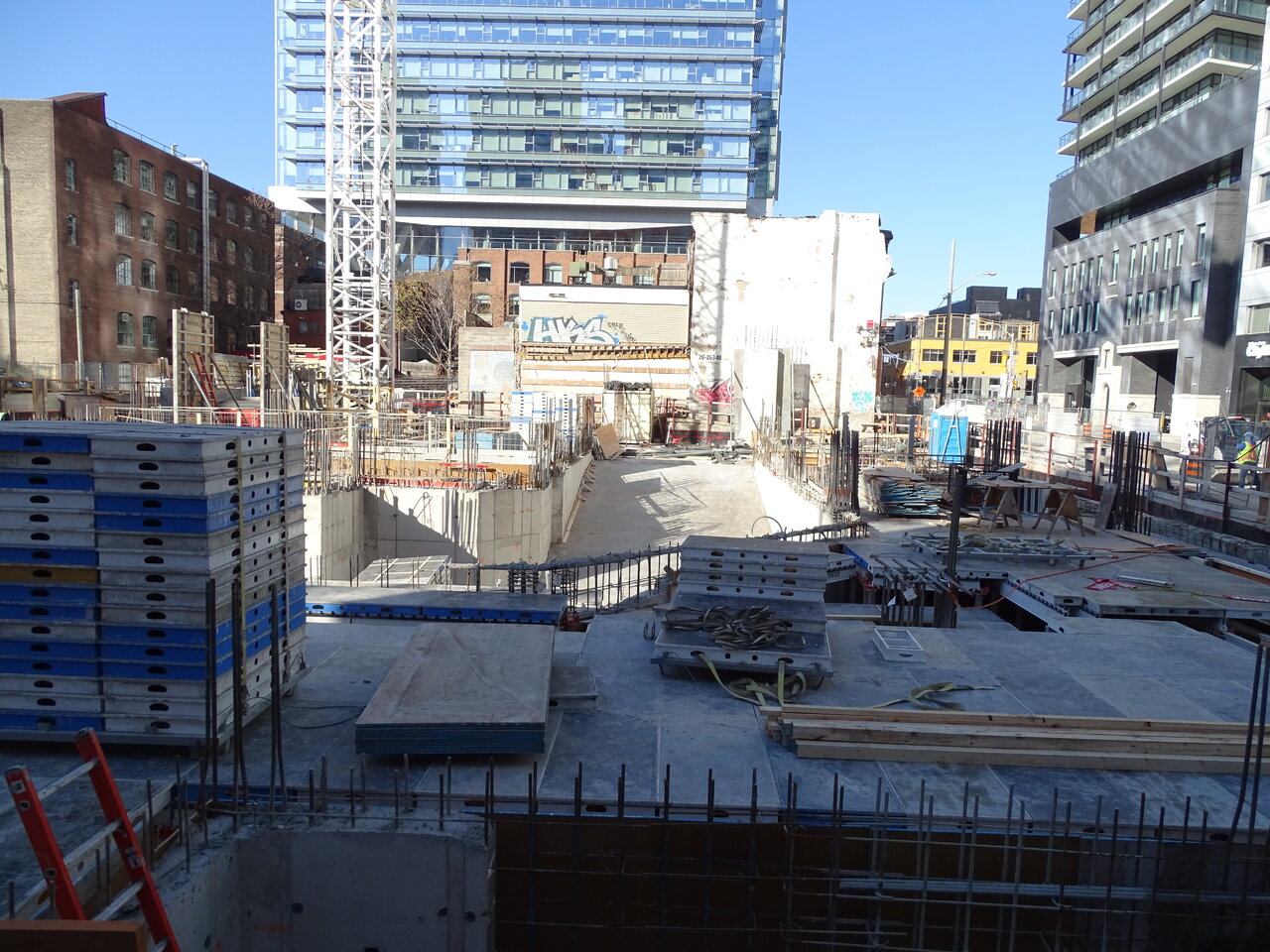 In the months since the crane installation, a second crane has followed, accelerating the forming process. As the last sections of the parking levels now take shape below, forming is underway for the building’s ground floor. 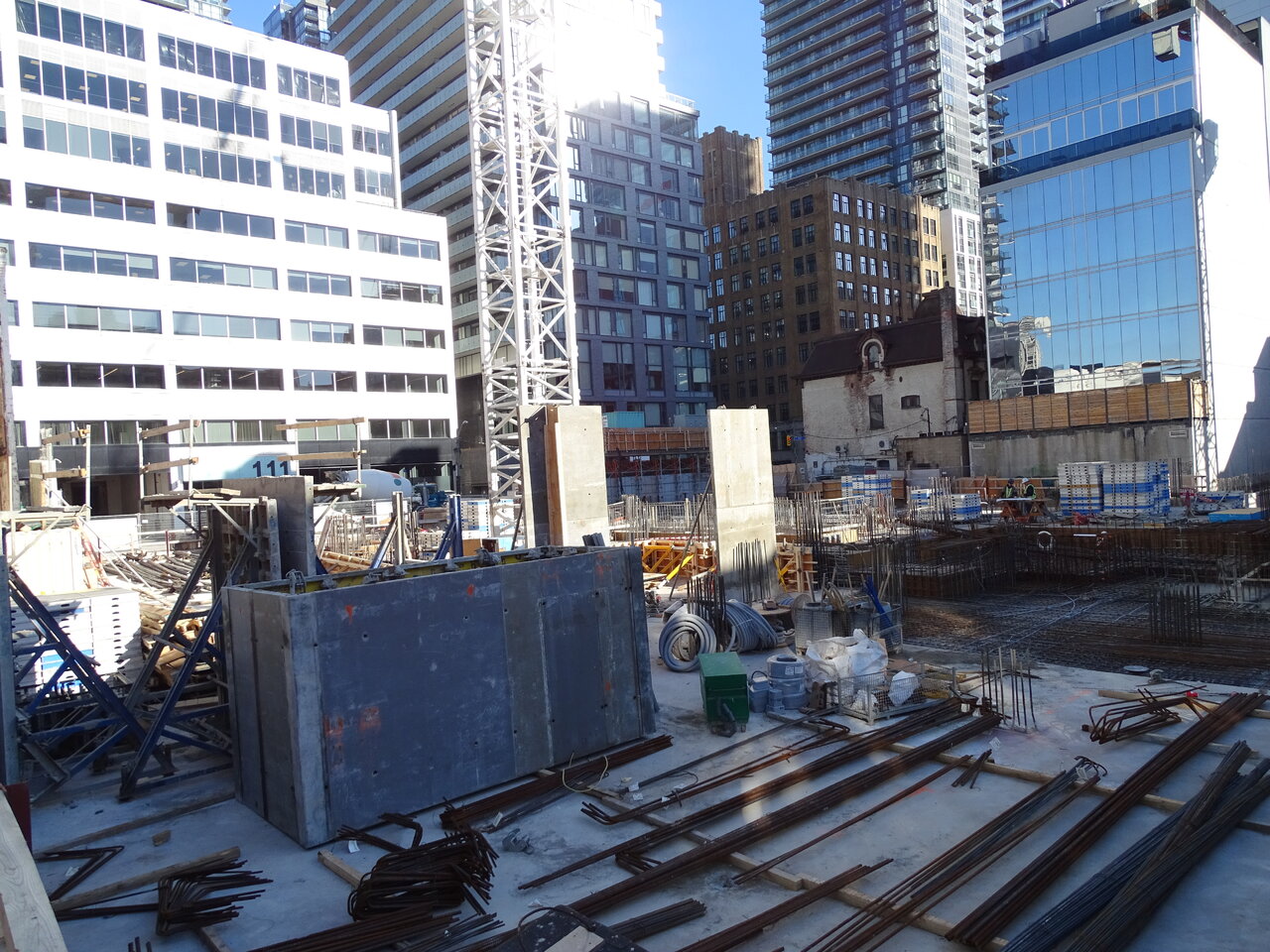 With the first walls and columns in place, the tower has officially begun its above-grade ascent towards a final height of 152 metres. Once complete, the project will bring almost 700 new homes to the area, along with new retail space within the base and a pedestrian mews that will enhance the local public realm. 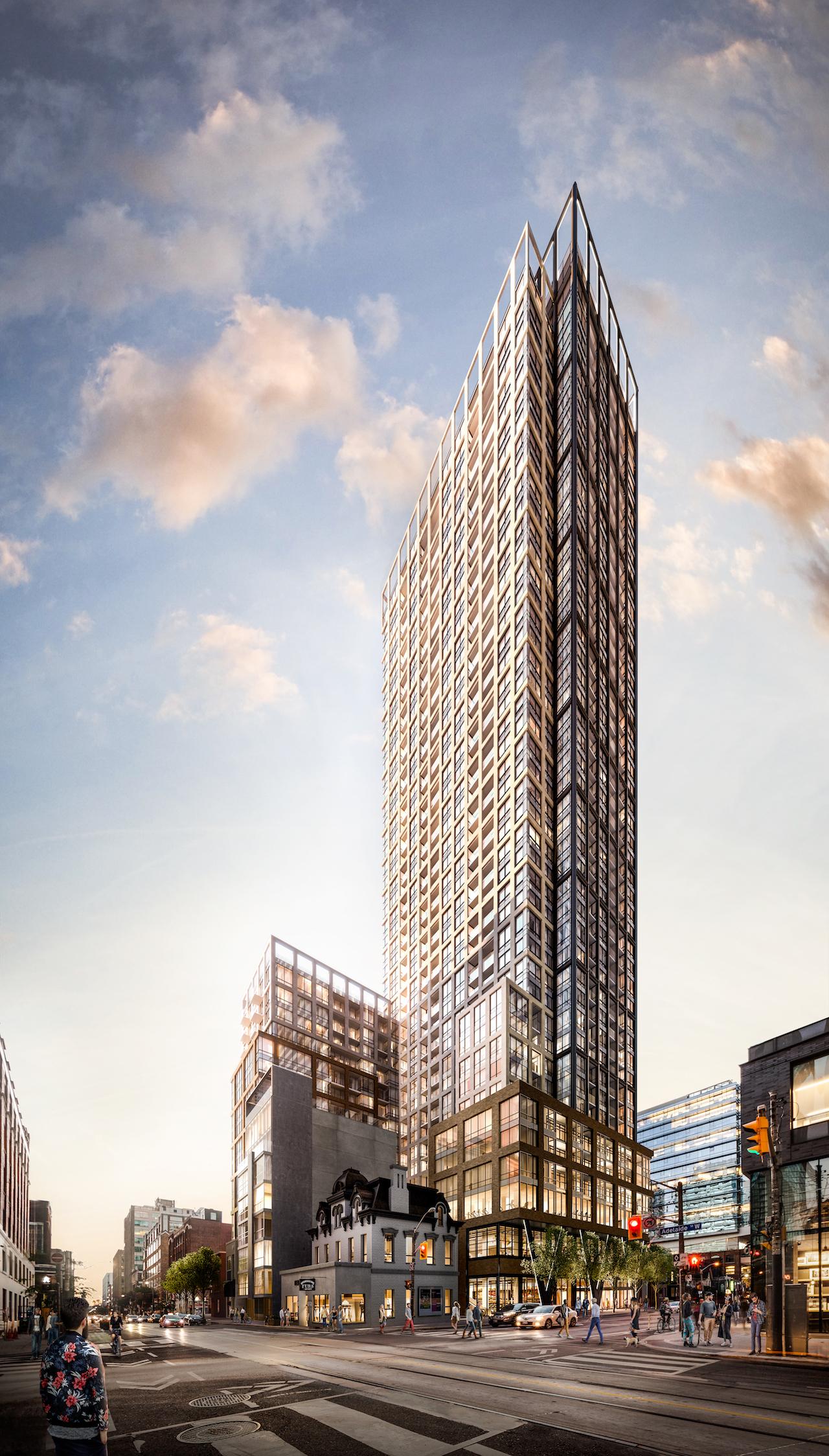 A revised application seeking Site Plan Approval from the City of Toronto advances plans for a new mid-rise condominium development from The Benvenuto Group, anticipated to…

Home sales in Greater Vancouver grew by 29% year-over-year in October, with transactions rising to 3,687 from 2,858, according to new data from the Real…

In 2014, Dundas Residences Inc. submitted a Zoning By-law Amendment (ZBA) application to the City of Toronto, seeking to redevelop the southeast corner of Jarvis and…

Low Mortgage Rates Are Easing Affordability, But Down Payments Are Further From Reach

Since taking shape earlier this year on the northeast corner of Dupont and Dufferin in Toronto’s West End, passersby have been treated to the striking—albeit…