Developers Hullmark and First Capital have submitted a Site Plan Approval application to the City of Toronto for a flatiron-inspired purpose-built rental building at 1071 King Street West. BDP Quadrangle designed the 14-storey mixed-use building with 227 units for the wedge-shaped property formed by King Street West along the north, Douro Street to the east, and the Toronto West Rail Corridor along the south. 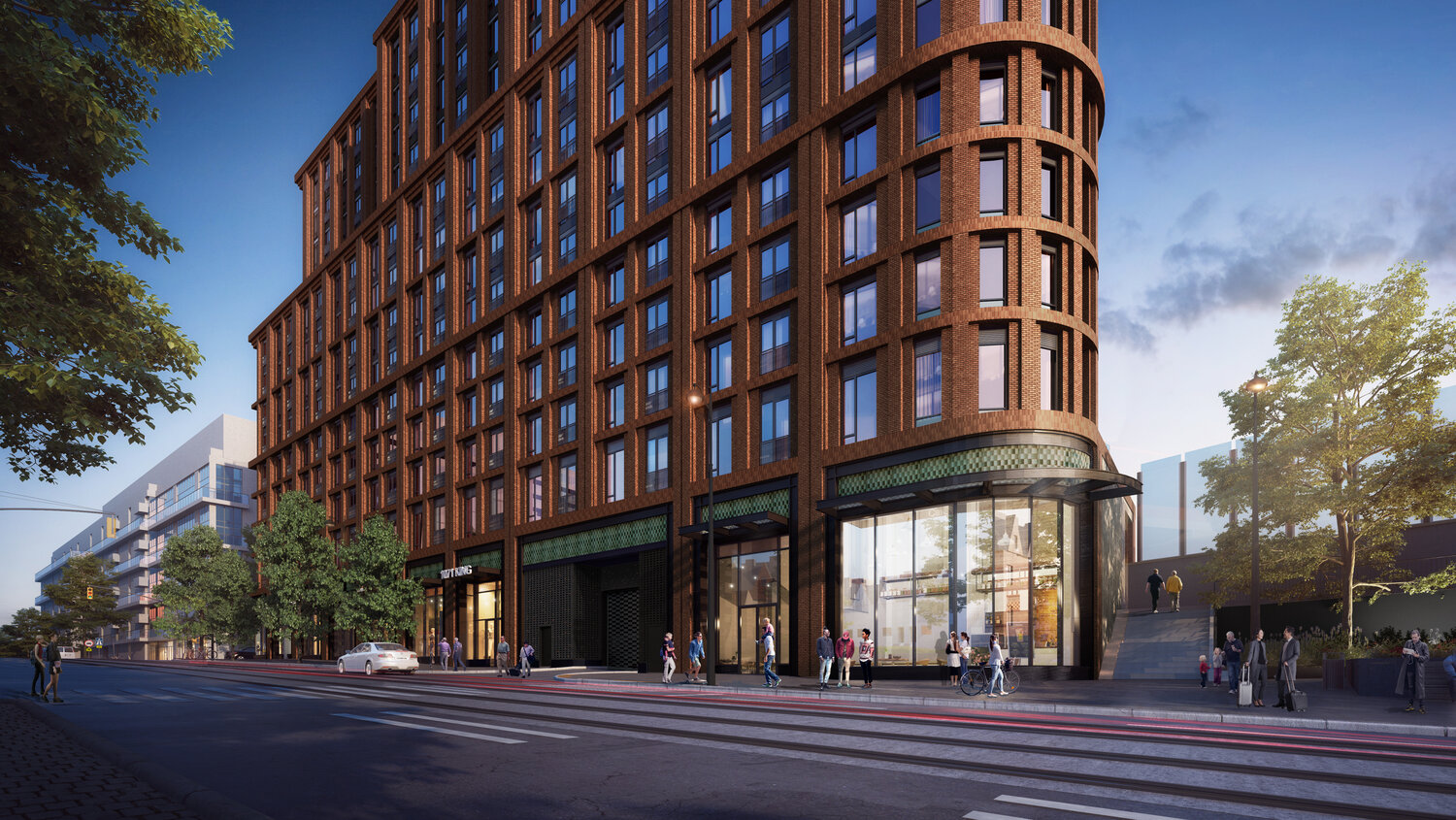 Proposal for a 14-storey mixed-use building containing retail uses on the ground floor and residential units above, a 230 m2 on-site park, and an integrated connection to the West Toronto Railpath. Looking southeast to 1071 King Street West, designed by BDP Quadrangle for Hullmark and First Capital

The distinctive triangular site is currently occupied by a vacant former condo presentation centre and its surface parking lot. UrbanToronto last reported on the project nearly a year ago, when its Zoning By-law Amendment application had been submitted. 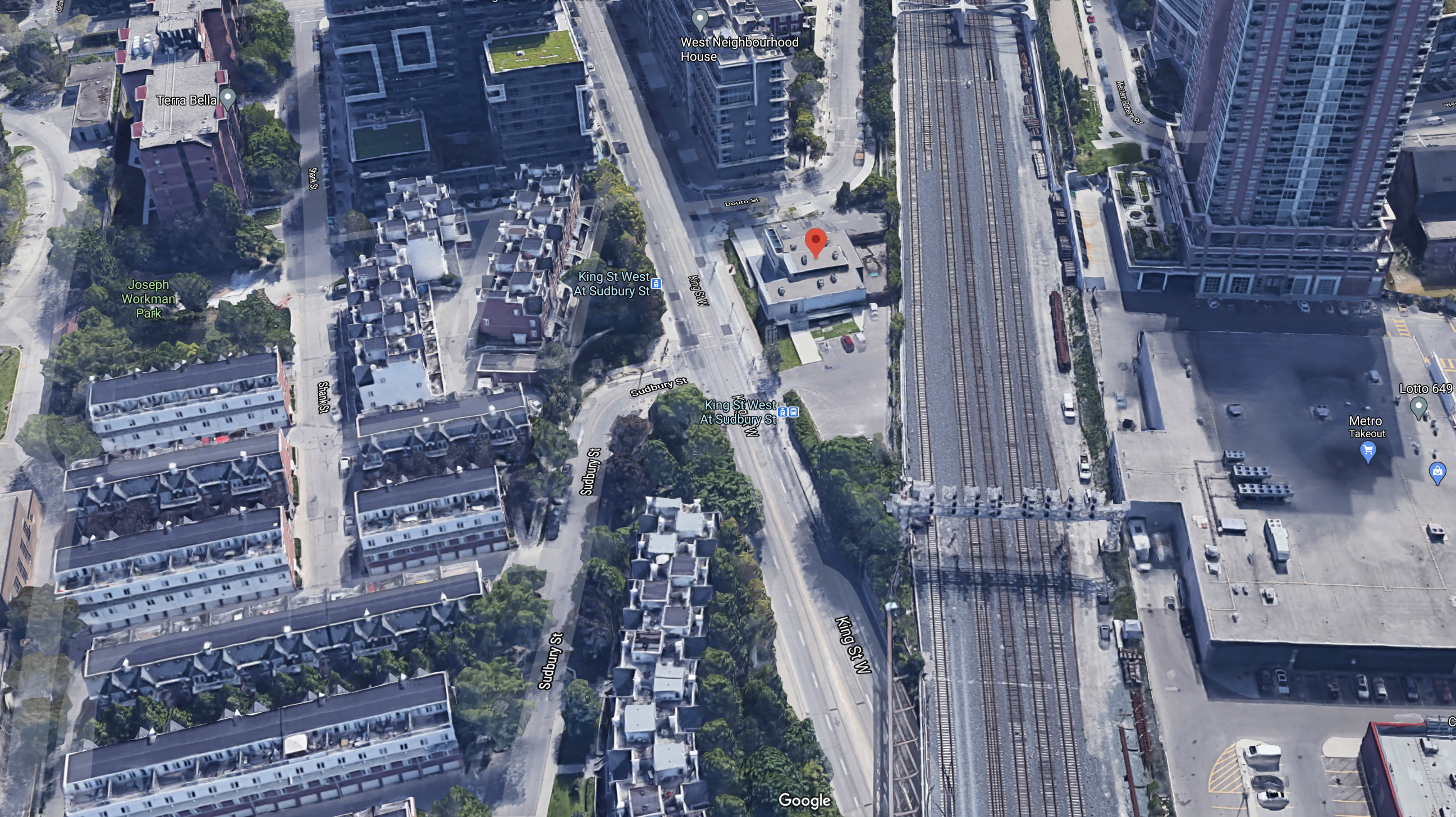 Aerial: context of the proposed development. Image via Google Maps

A formal community meeting was since held in January, 2020 and was followed by recommendations by City Council in July, 2020. Discussions have since continued with City Staff and other key stakeholders in order to respond to the specific direction set out by City Council.

A number of design revisions have been incorporated in this latest revision. Among them, a slight reduction in the total Gross Floor Area—from 18,439 m² to 18,224 m²—results in a minor decrease in the proposed density from 8.0 to 7.9 times the area of the lot, inclusive of the parkland conveyance area. 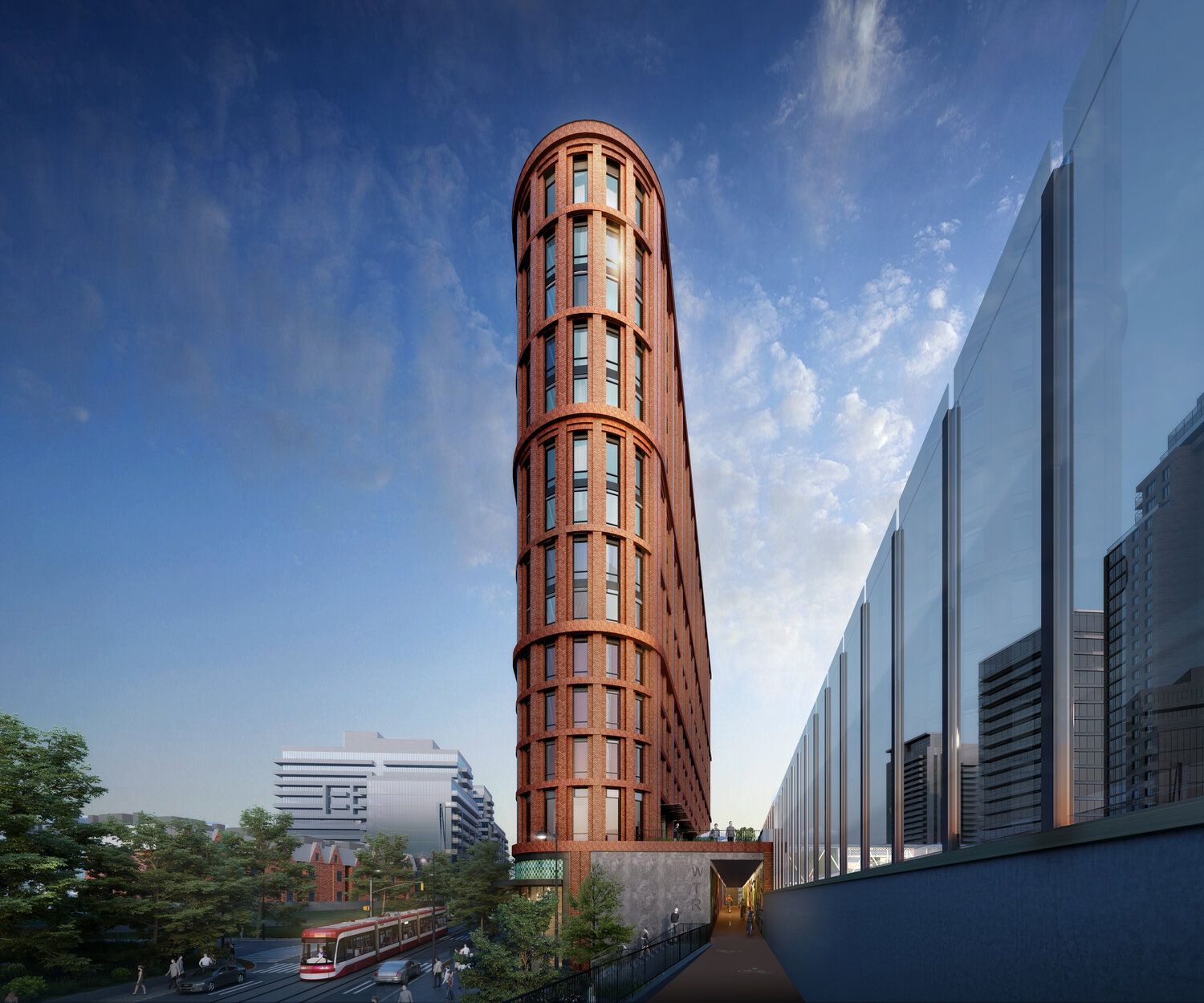 Refinements of the building’s massing include graduated setbacks proposed for the built form along King Street West facade from the 10th floor up have been increased slightly to 1.6 m and 3.1 m and have been altered to allow the first setback to begin 6.5 m to the east of its previous position, preserving a full height rounded end on the flatiron.

The total number of units has been increased to 227 units from 220, while maintaining the requested mix including 20% two-bedroom units and 10% three-bedroom units. The total indoor amenity has been increased to 535 m² from 478 m². Reductions include outdoor amenity space from 566 m² to 486 m² in order to incorporate planting details, while the underground parking drops from 63 spaces to 53 spaces. 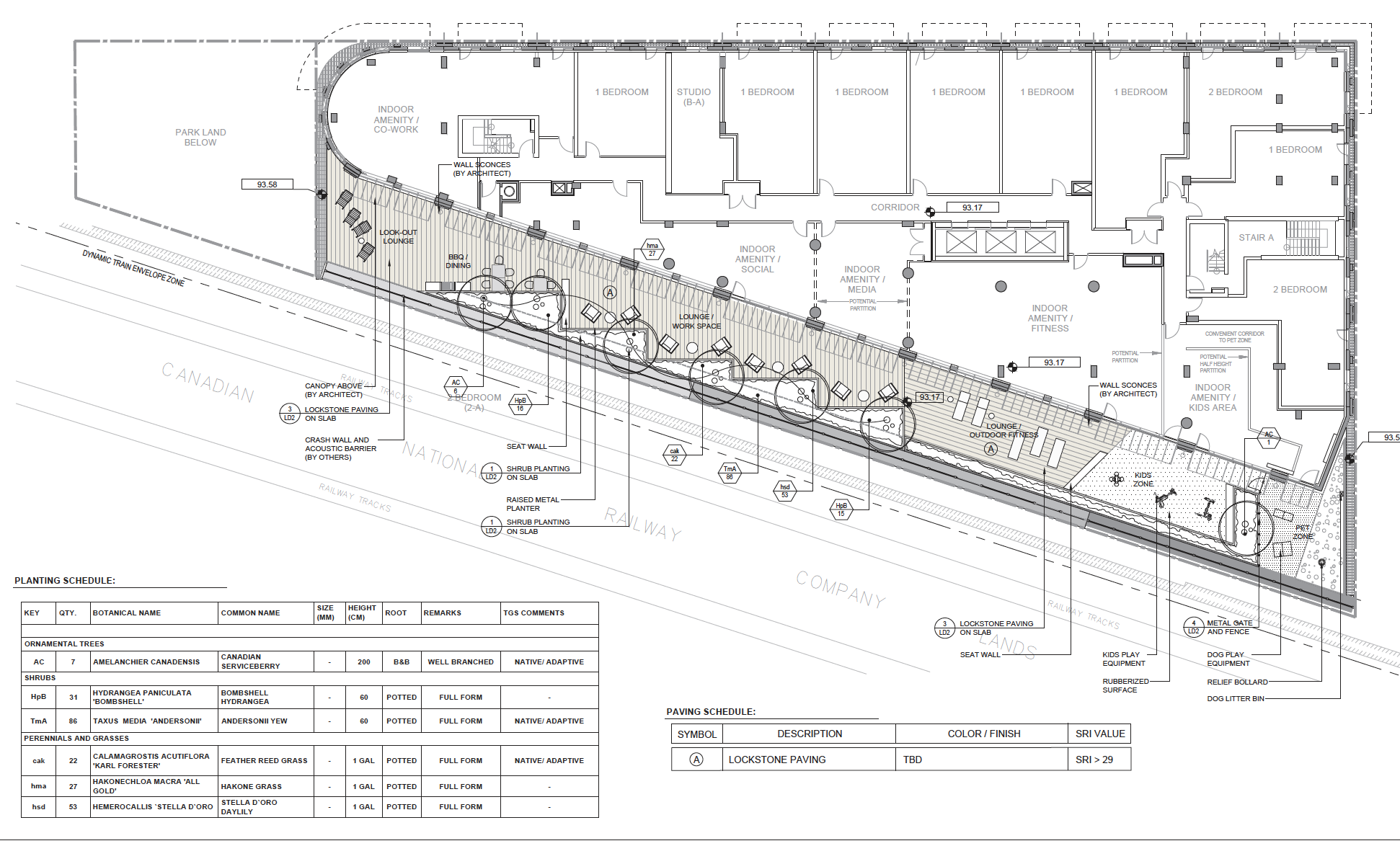 In response to comments from the City’s Landscape Architecture Unit, the team studied various site conditions such as increasing the width of the West Toronto Railpath extension, possible connection to the under-construction King-Liberty Pedestrian/Cycle Bridge, and a mid-block connection to Sudbury Street. Following a thorough analysis, however, it was determined that the current design presents the ‘best balancing’ of all priorities throughout most of the site: minimizing pedestrian and cyclist impacts, and eliminating conflicts with servicing, loading, and vehicular facilities of the proposed building design.

The design provides a small (230 m²) park and an integrated connection to the West Toronto Railpath at the west end of the site. The Railpath itself would be extended through the building under the raised outdoor amenity terrace and over the garage levels.