The ongoing development boom reshaping the Greater Toronto Area requires staggering quantities of construction material. Reinforced concrete has emerged as the most popular construction method for Toronto high-rises, with steel-frame high-rise construction almost exclusively limited to commercial developments. This trend has placed concrete in high demand, in turn driving demand for rebar. These steel rods serve as the namesake reinforcement in reinforced concrete, the steel providing tensile strength that works in concert with concrete’s compressive strength.

Precursors to rebar have been used in construction for centuries, though it was not until the mid-19th century that Industrial Revolution innovations made modern reinforcing steel bars possible. Reinforced concrete and rebar technology have advanced considerably in the generations since, through the introduction of synthetic materials, stronger alloys, and improved fabrication processes, but the applications remain more or less unchanged. Innovation is a constant in the construction business though, and the innovations most valued by builders are those that bring down costs and construction schedules.

One such innovation catering to these demands is Modular Rebar, a division of Oakville-based Rebar Enterprises Inc. (RE Inc). offering pre-assembled rebar structures, or cages, that are delivered to sites for high-rise and heavy forming projects. Like other off-site prefabrication techniques changing the face of construction, RE/Modular Rebar services eliminate much of the need for rebar cages to be meticulously woven and welded amidst an already busy construction site, using the combination of on-site assembly and a fabrication facility.

This method is fast becoming the industry standard, already being used to expedite construction on some of the biggest and most important projects underway in Toronto. This includes the city’s largest active project in The Well, as well as what will be the city’s new tallest building, The One.

Supercolumn installation at The One, images by Forum contributor Benito

At The One, RE/Modular Rebar teams delivered the massive rebar cages used for the supercolumns being used to form the building’s hybrid exoskeleton structure. Being built on a constrained urban site in a busy Downtown, off-site fabrication of these cages was necessary to keep the already tight site moving, and it reduced the supercolumns’ installation time by 90%. 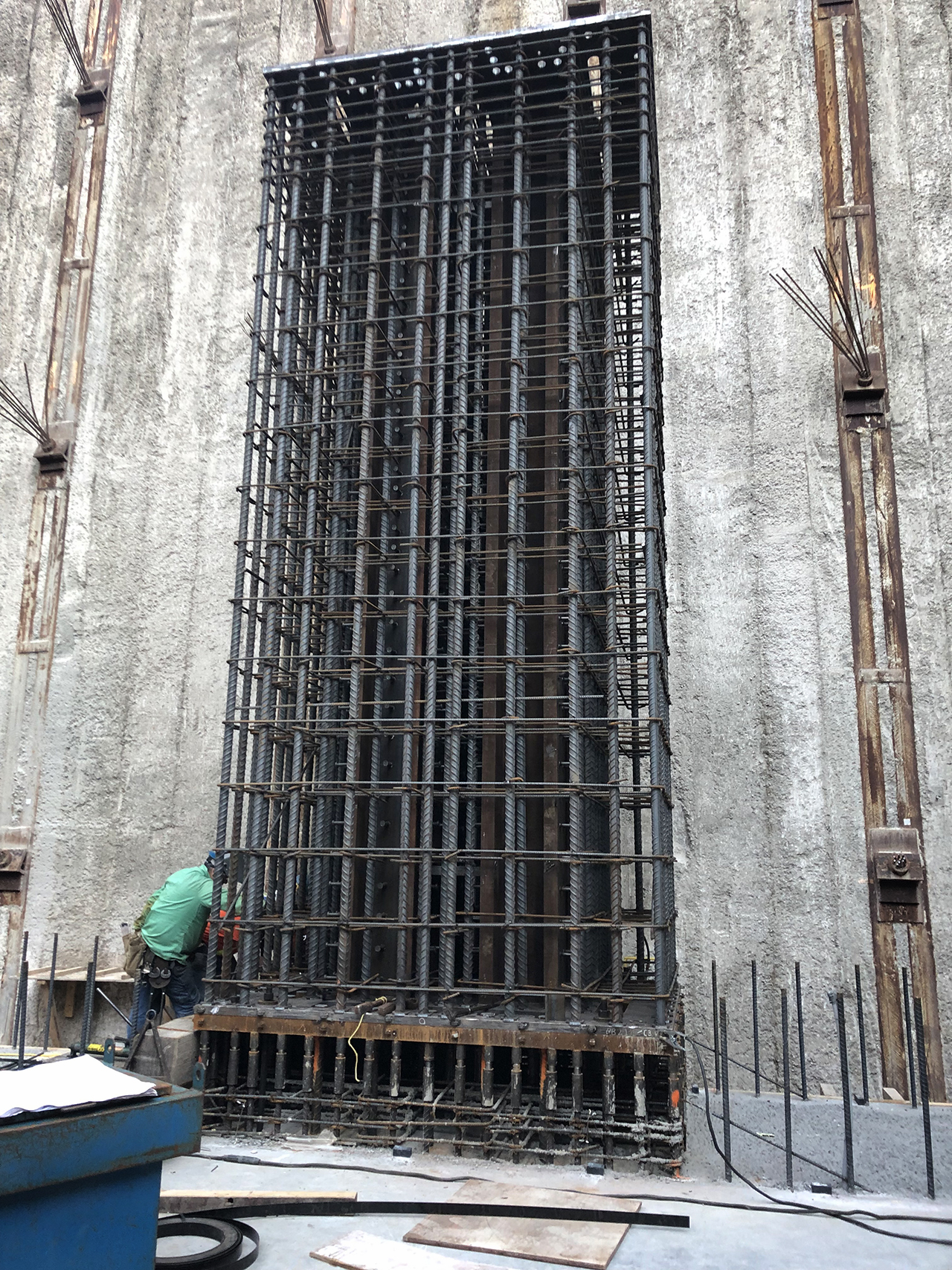 Supercolumn installation at The One, image courtesy of Rebar Enterprises Inc. 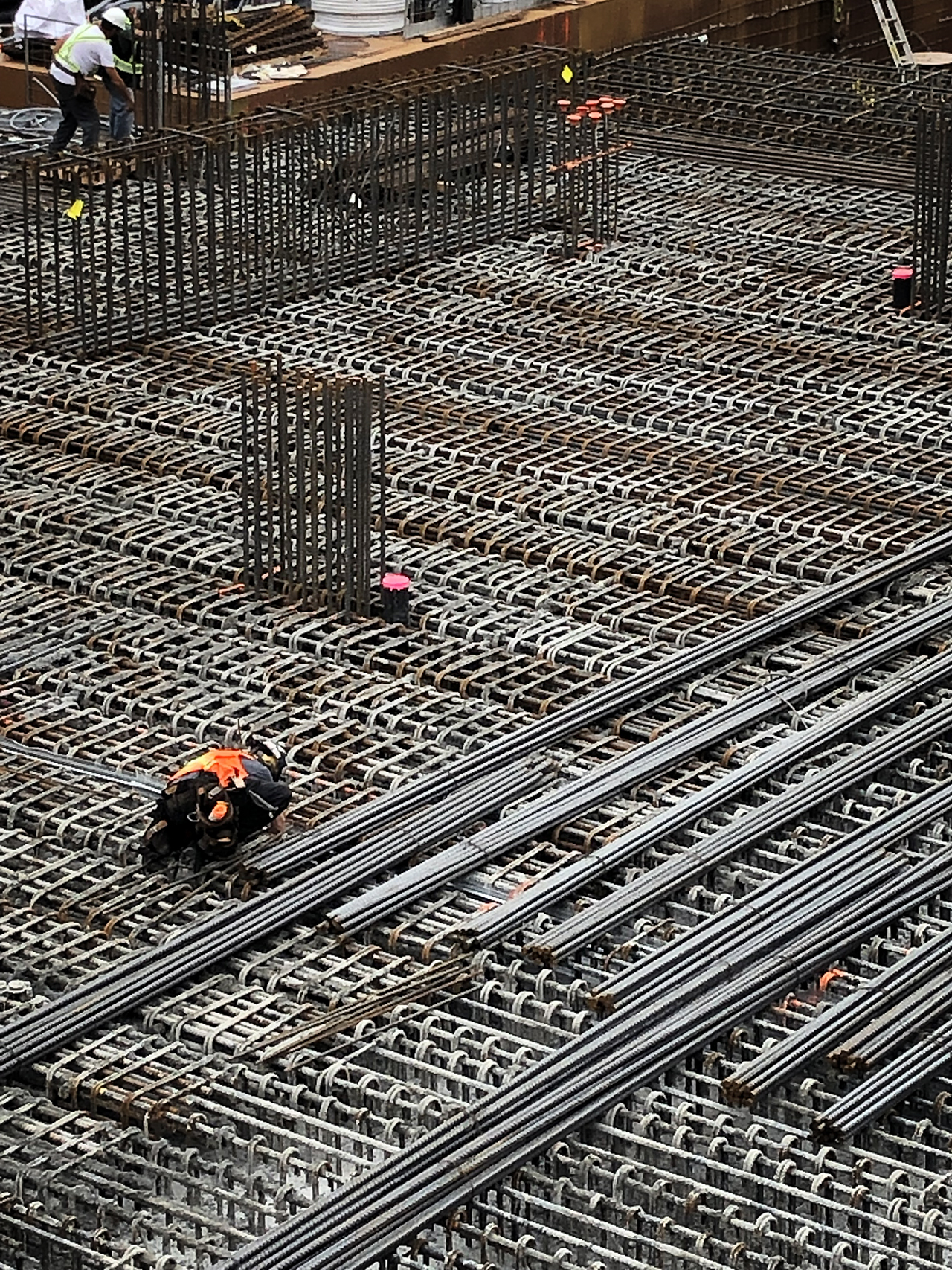 Another Toronto project benefiting from this innovation is the rising mixed-use building The Taylor under construction at 57 Spadina. Working with RJC Engineers, RE/Modular Rebar redesigned the interior sloped columns that define the building’s retail base. Using composite concrete and rebar elements to eliminate structural steel, the team was able to install the 27-tonne prefab beams in 20 minutes, saving the project $200,000 in construction costs and shaving six weeks of work off the overall schedule. 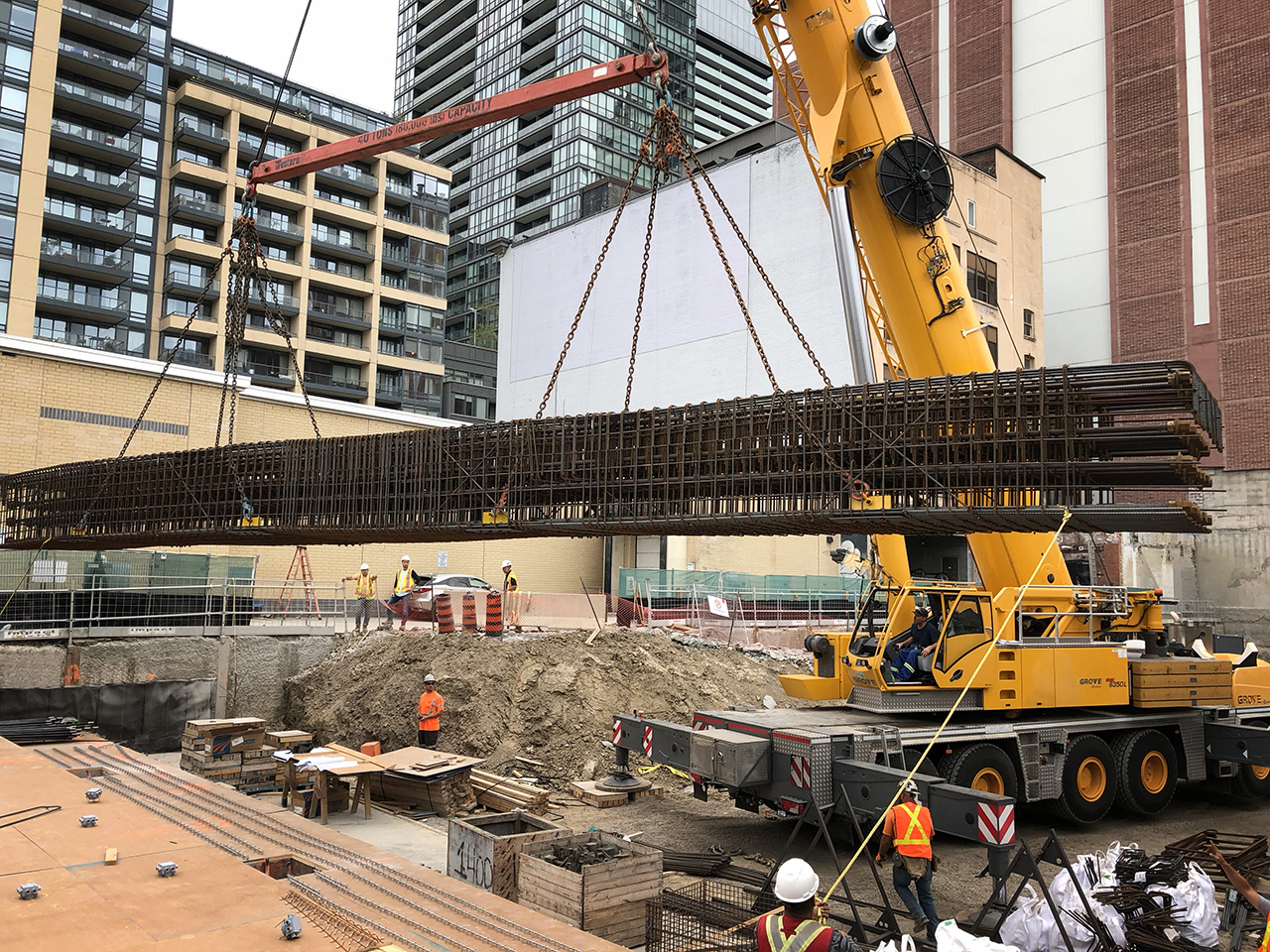 Aside from Modular Rebar, RE Inc also offers services such as rebar consultants, who work in close coordination with project teams, identifying value engineering opportunities and other efficiencies from the design stages all the way to delivery. At the end of the day, the intensification of Toronto’s skyline is a business. Finding efficiencies before and during construction opens many doors, whether translating to increased profits for developers or larger design/build budgets to build taller and more ambitious landmarks.