Toronto’s land area of 630.2 km² has just expanded slightly. Like many times in the city’s history, new land is being created through lake filling, the latest effort being the Ashbridges Bay Treatment Plant (ABTP) Landform Project. Costing almost $98 million, the project is creating a land base for the City of Toronto’s High Rate Treatment Plant, while also serving as part of an erosion control and long term shoreline protection plan, enabling diversion of sediment from the navigation channel at Coatsworth Cut to eliminate the need for dredging, and provide new public waterfront access. 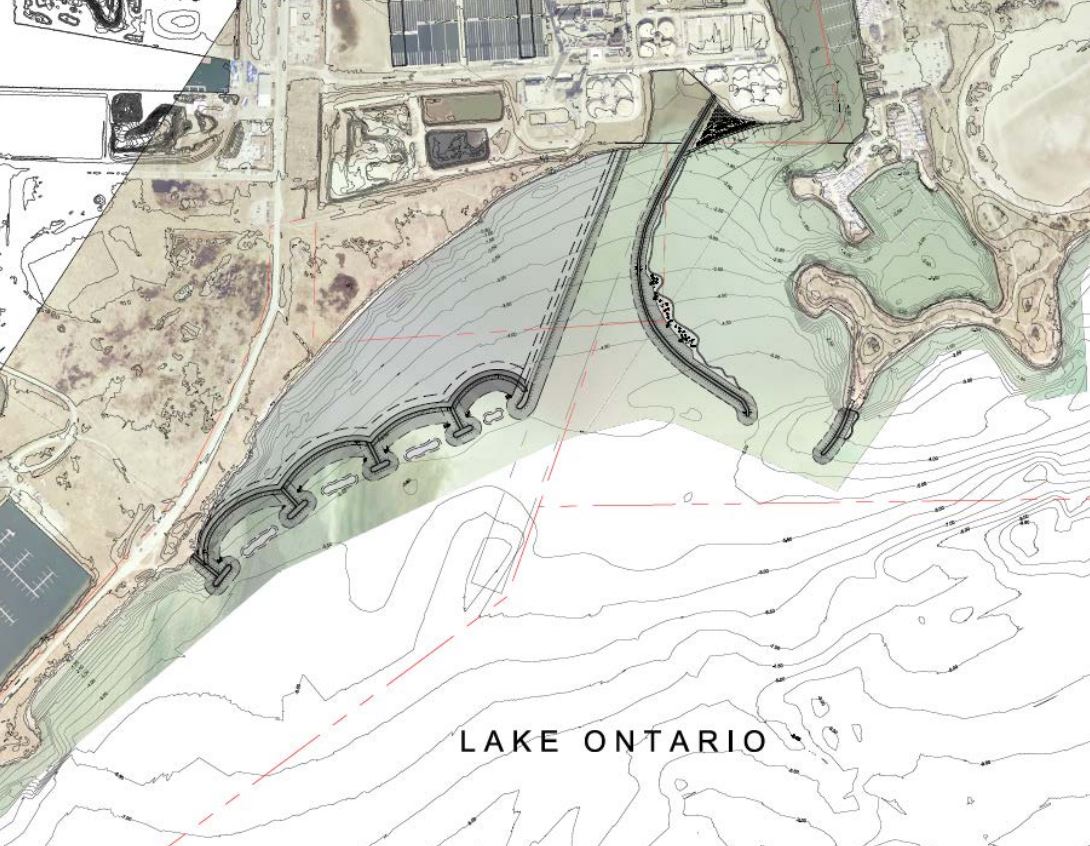 Recent shots captured from the east edge of the Leslie Street Spit show the ongoing filling process, which is creating a landform along an existing 1,800-metre stretch of shoreline, adding 16.4 hectares of usable land and 5.6 hectares of erosion control structures. A headland-beach system and retaining walls, also known as a revetment, will act as erosion control. 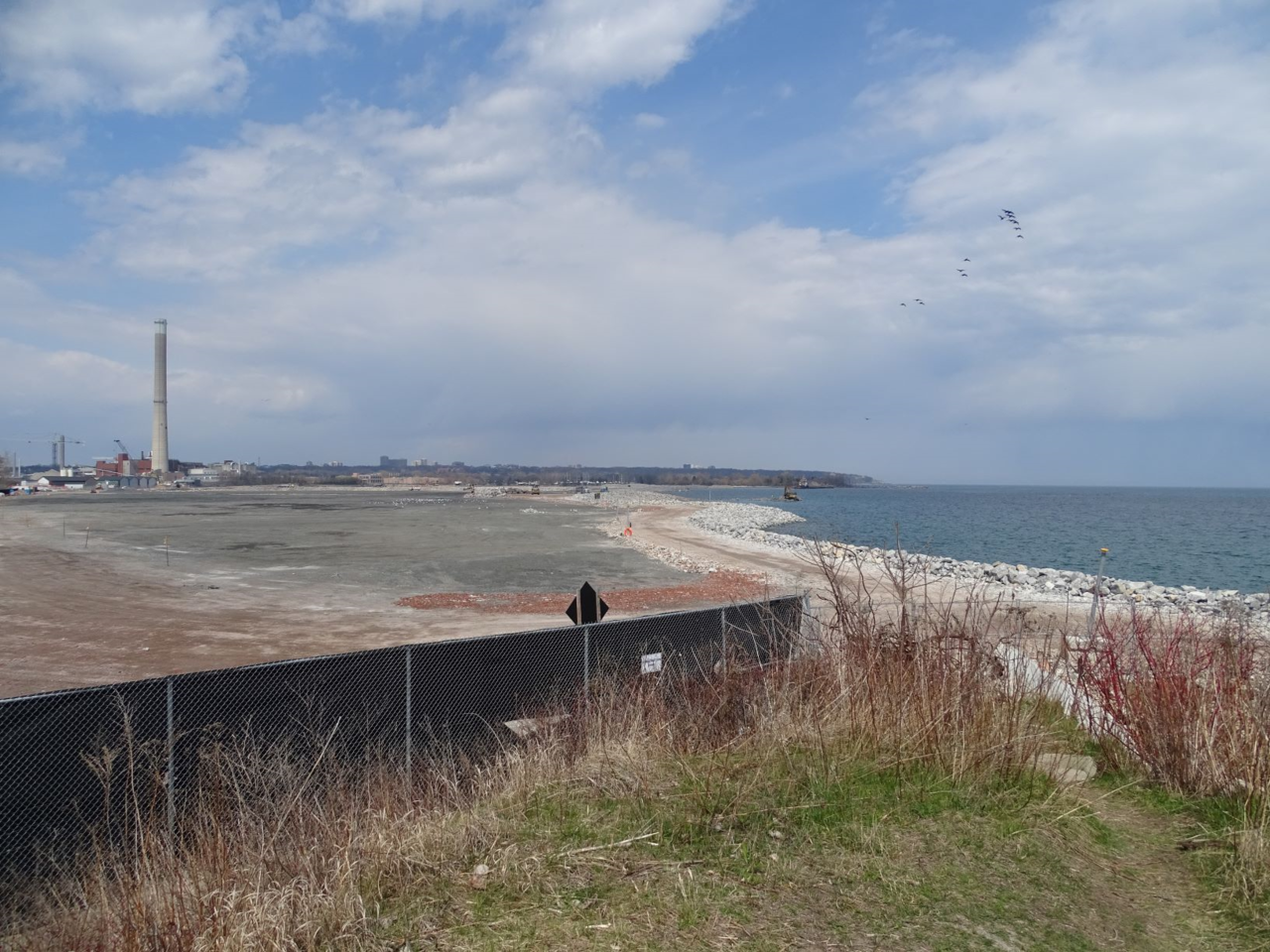 The mix of erosion protection measures in the revetment include rip rap (a type of scattered stone foundation for the breakwater) and five armour stone headlands between which the shoreline is being filled in with cobble placed above base core stone. 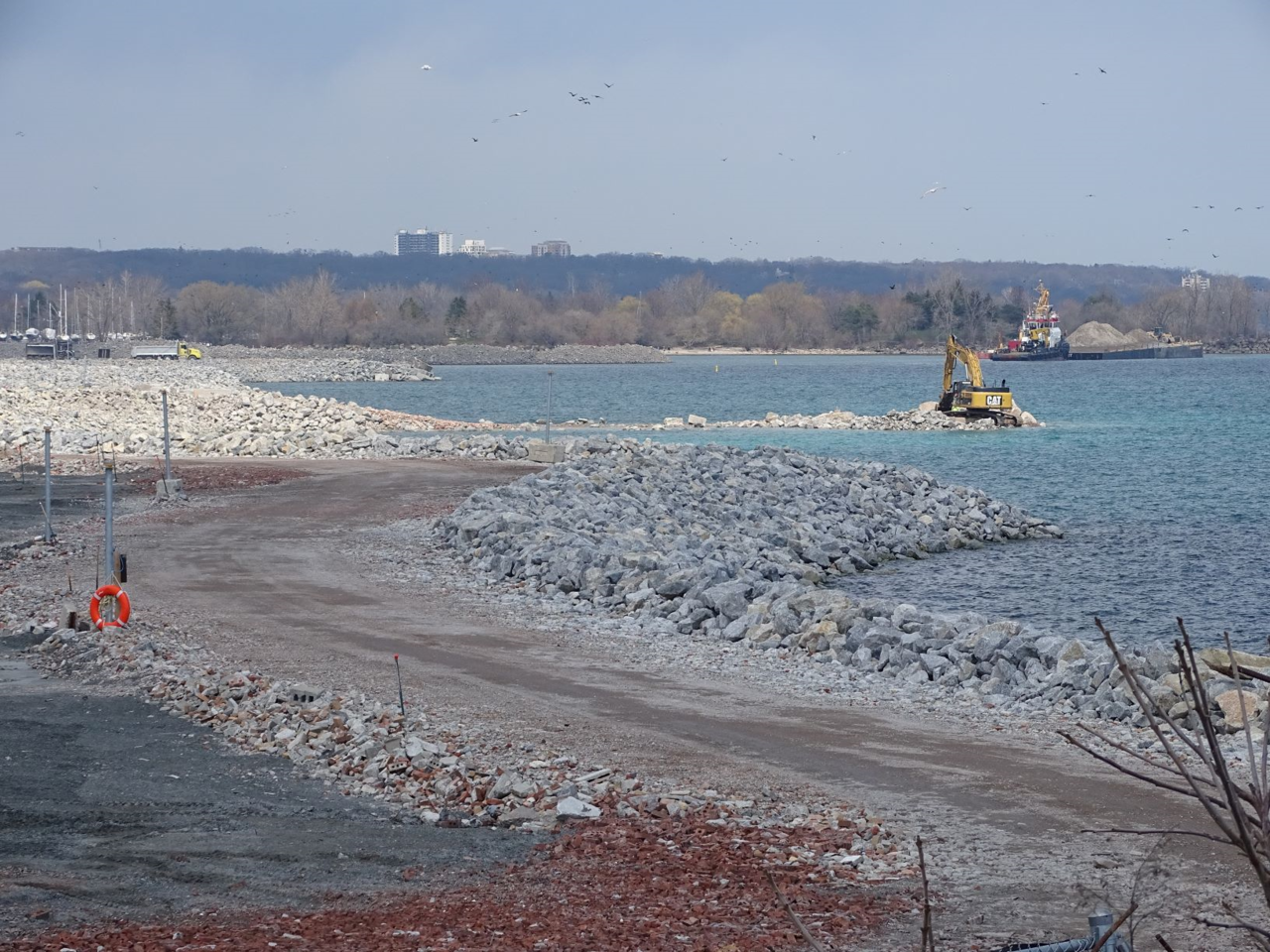 At the east end of the project, two breakwaters built of rip rap placed over core stone, and protected by armour stone, will divert sediment. With a footprint of 12.4 acres/5 hectares, the breakwaters will create a protective channel around Coatsworth Cut, which leads to the marina facilities of Ashbridges Bay. A central breakwater will extend approximately 710 metres from the east end of the ABTP property, while an east breakwater will extend 100 metres from the southernmost headland of Ashbridges Bay Park. The resulting enclosed area of water will measure approximately 140,000 m², with a southern opening approximately 120 metres wide. 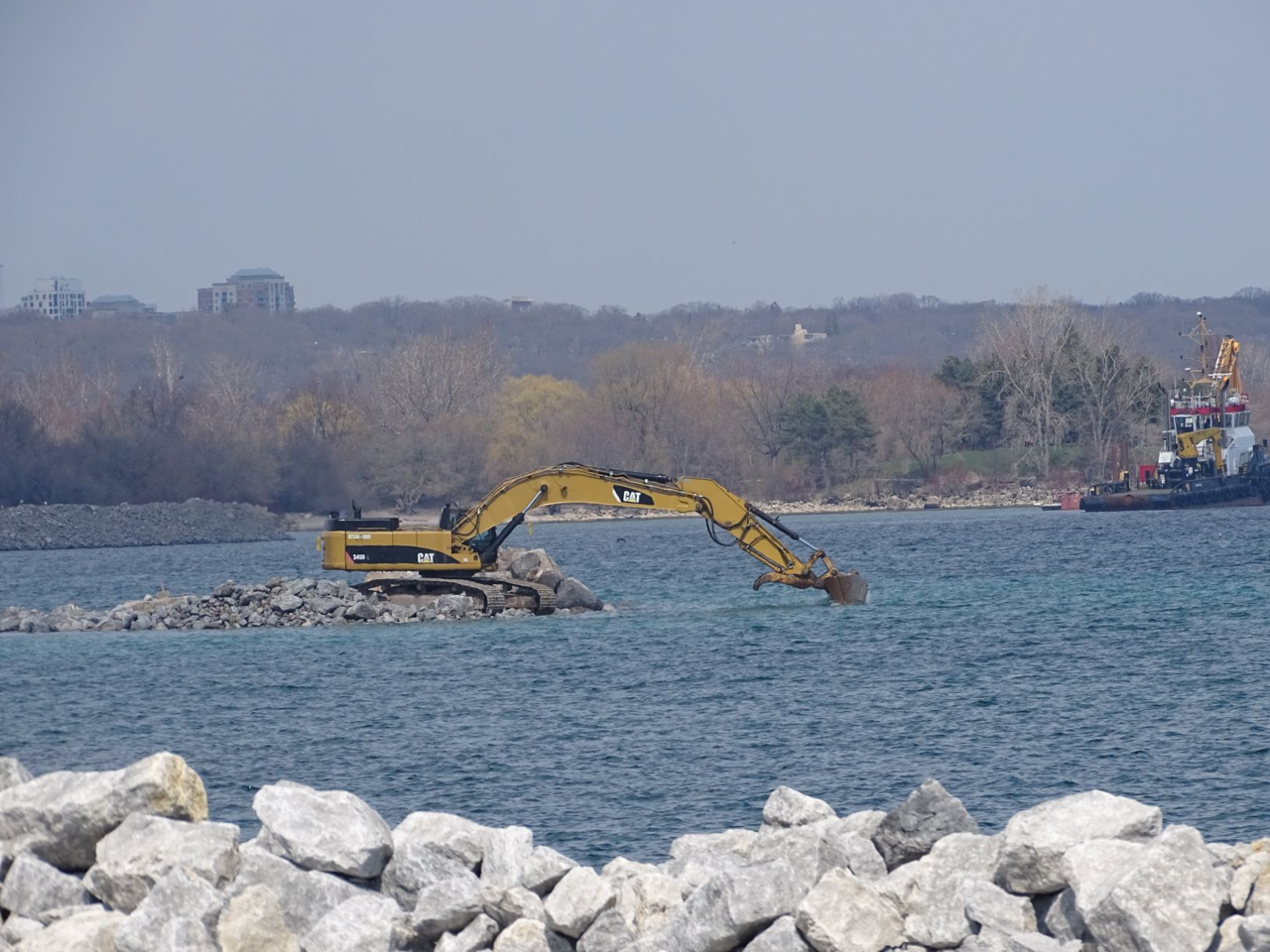