Plaza Condo Proposal at 20 Maitland Morphs With the Market

Revisions have been made to a proposed development located a 20 through 26 Maitland Street, first submitted to the City of Toronto in October of 2019. Located just south of Wellesley Subway Station, the proposal for a 144.9 m tall tower is seeking an Official Plan Amendment, rezoning, and Site Plan Approval. The BDP Quadrangle-designed proposal from developer Plaza would see a mixed-use condominium rising to 45 storeys from a 3-storey podium, with ground-floor retail fronting Maitland Street, as well as 5 live-work units along the west side of the podium. 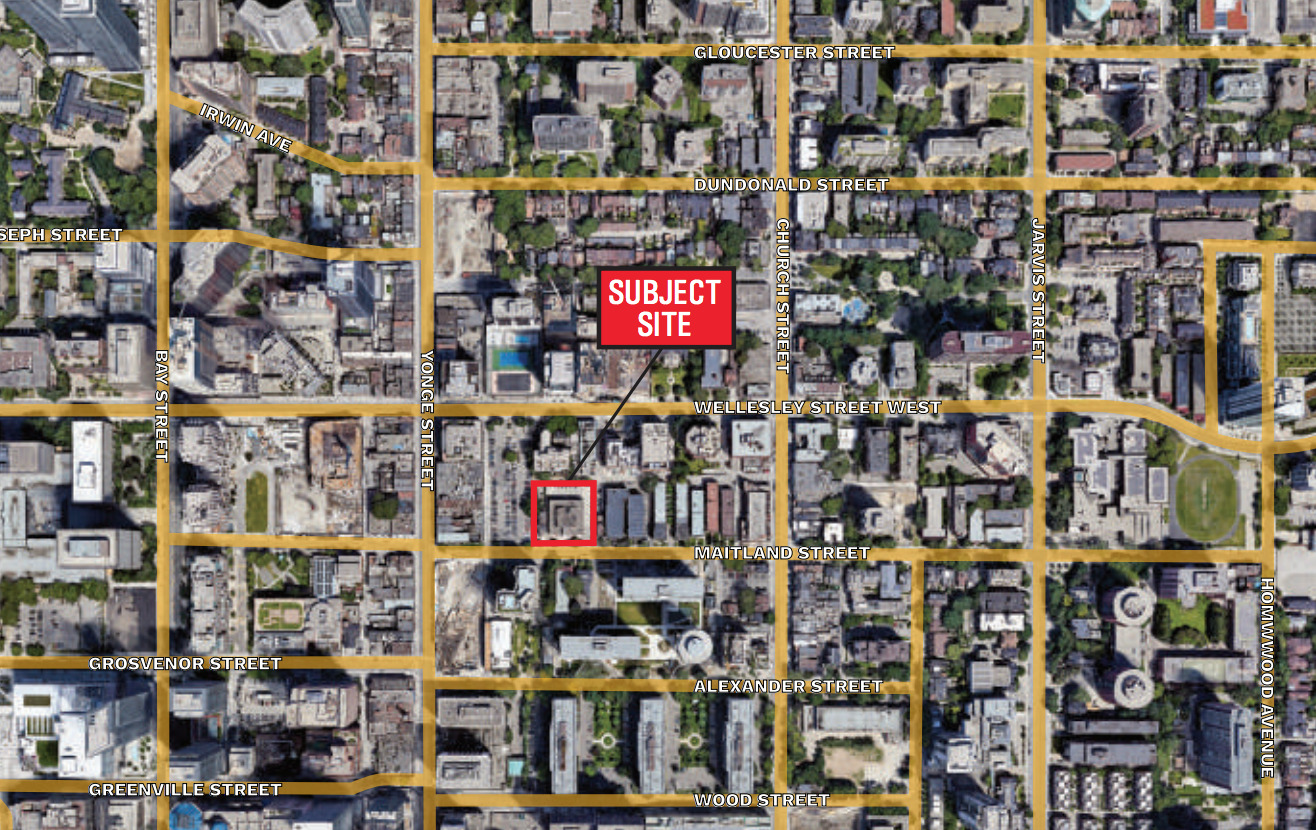 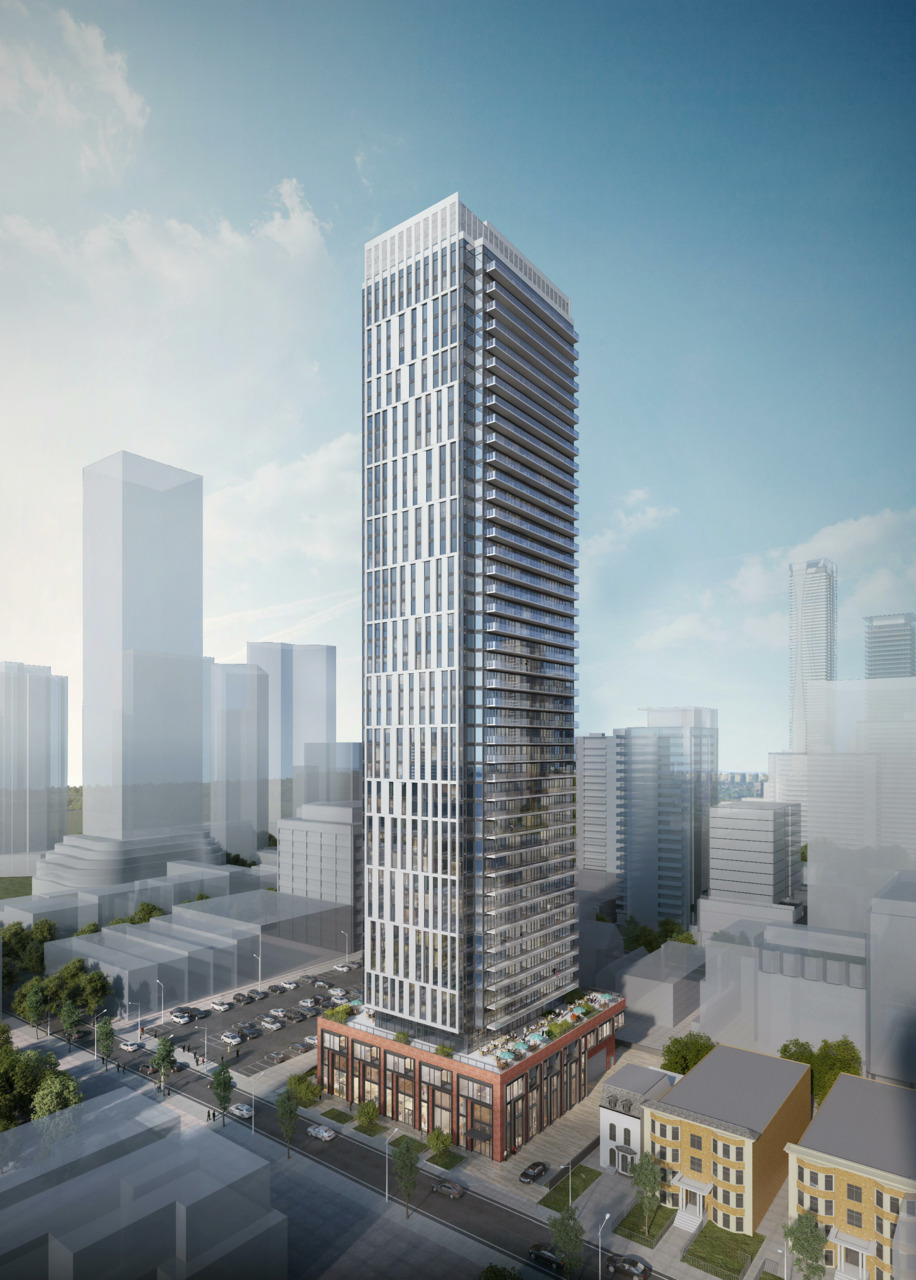 Parking spaces have also been revised in the new proposal. With a 2-level underground garage, the new proposal decreases the vehicle parking available, with the original proposal seeking 126 parking spaces, and the new one proposing 114. Of the total, 89 are meant for residents, 21 for visitors, while 2 are commercial spaces and 2 are car share spaces. Bicycle parking sees an increase from the originally proposed 533 spaces to 602: 537 for residents, 60 for visitors, 1 for commercial long term, and 4 for commercial short term. 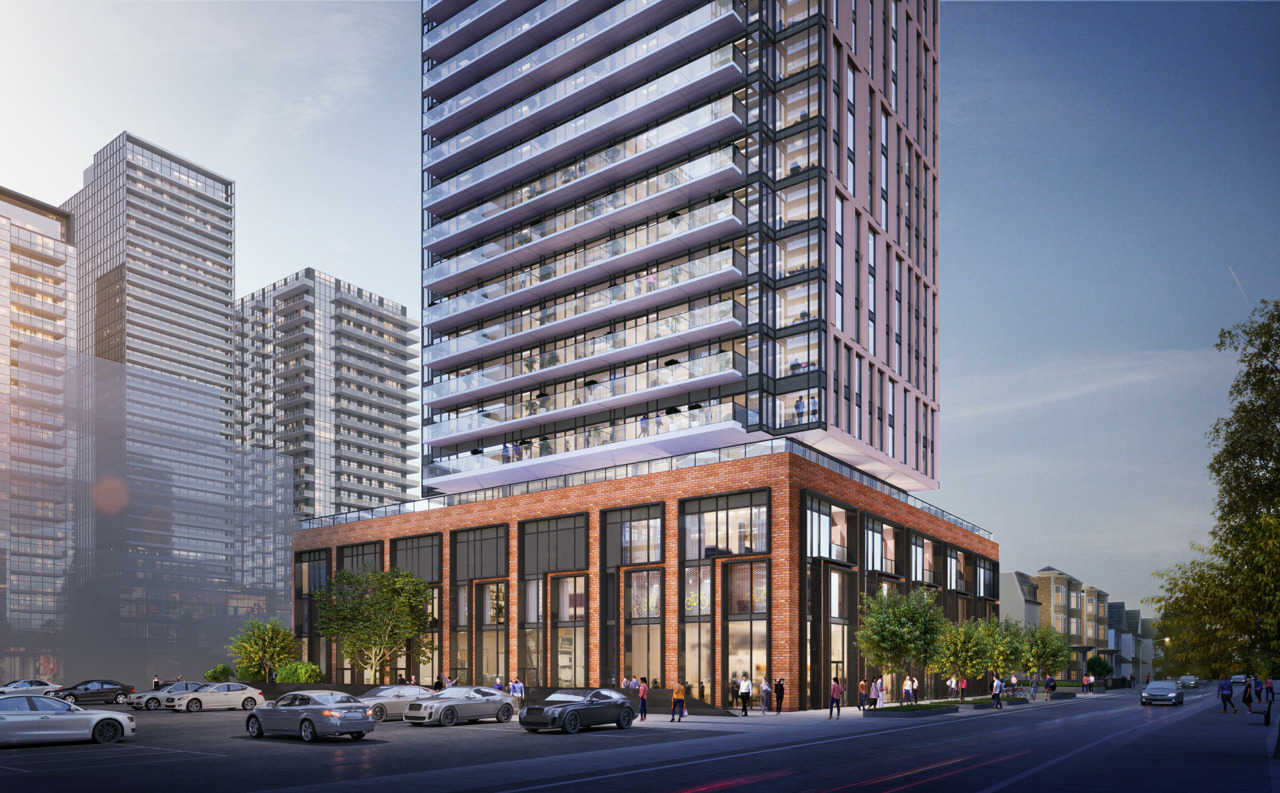 The site was until recently home to a converted 3-storey Victorian house, then used as a lawyer’s office, and an additional 3-storey office building which was home to the Catholic Children’s Aid Society of Toronto. As of June, 2020, both buildings were demolished, with the site now a vacant lot surrounded by a chain-link fence. 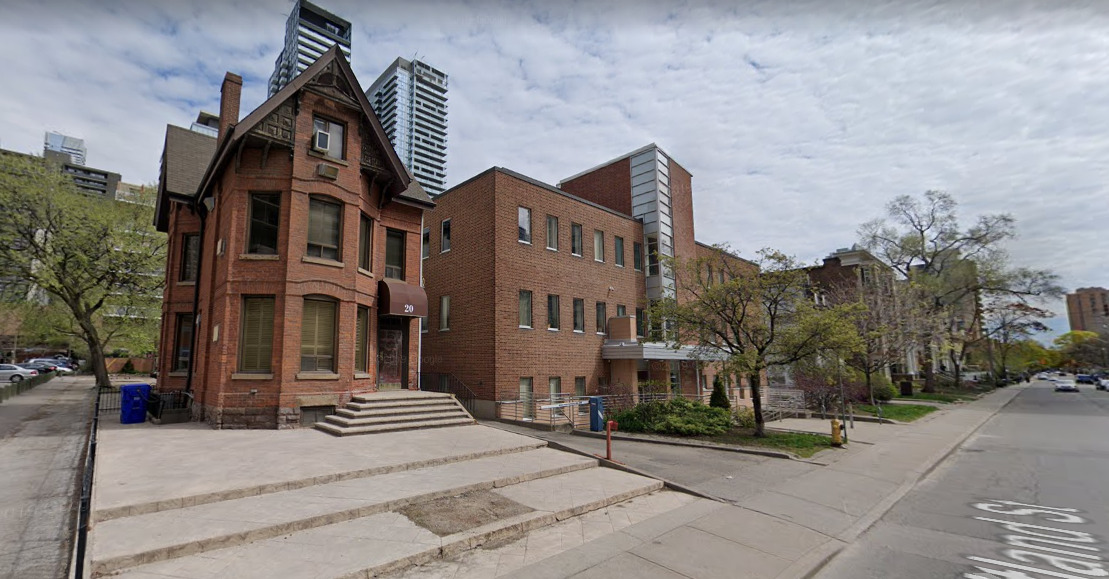