Plaza Proposes 28-Storey Condo Across from the ROM

Plaza Partners has submitted a Zoning By-law Amendment application to the City of Toronto for a 28-storey condo tower at 208 Bloor Street West with 17.07 times lot coverage, directly across from the Royal Ontario Museum. Currently on the site is a nine-storey commercial building with mostly medical offices on floors 3-through-9, while the ground floor features a restaurant and a pharmacy, while the second floor is home to the Museum Tavern. 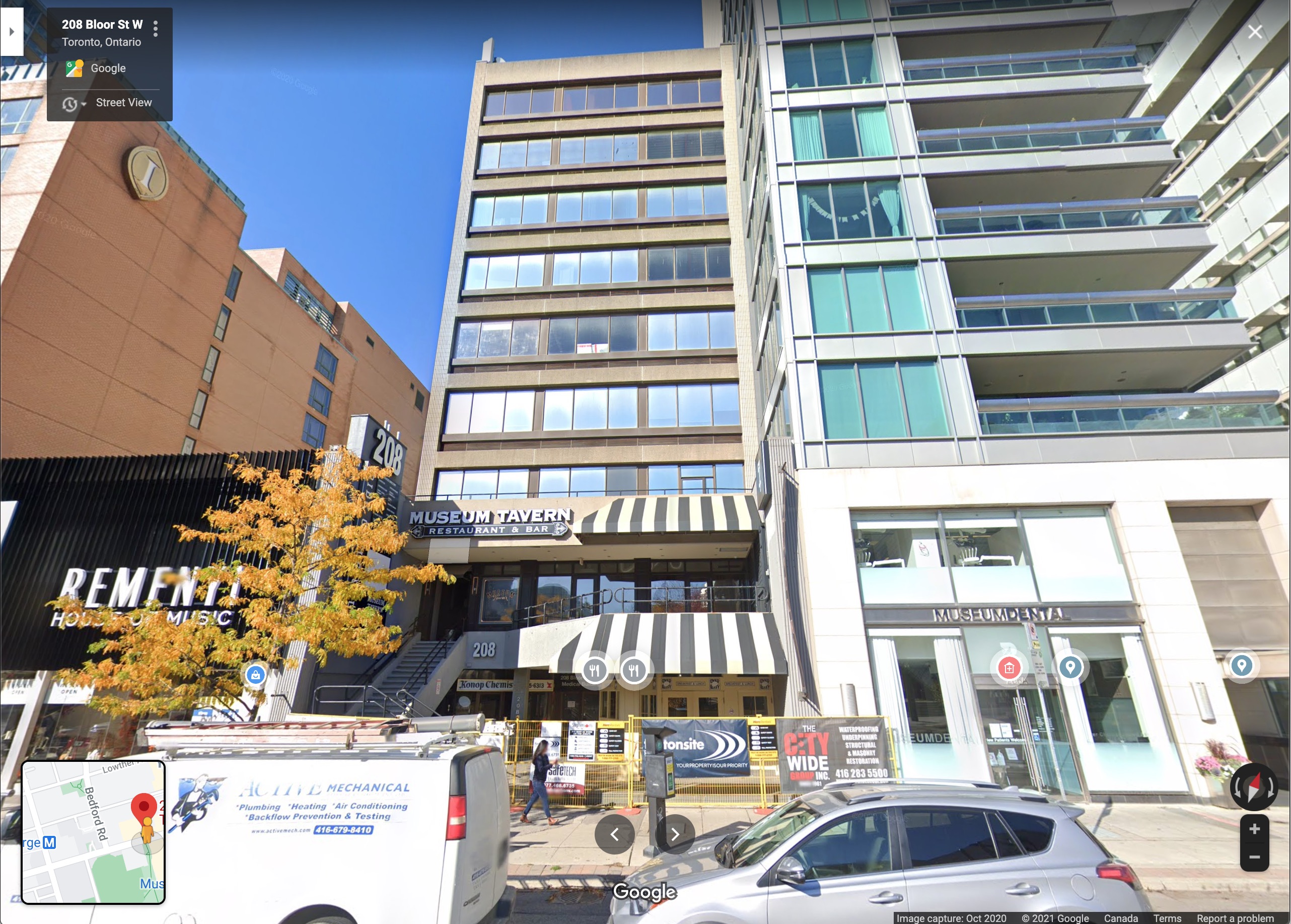 On December 13, 2018, Urbanation reported that Plaza bought the building for $27 million. In its place, the company is proposing a mixed-use building designed by BDP Quadrangle. While storeys 6 through 28 would contain just 46 condo suites, the fifth floor would have amenities for the residents. The ground floor would contain two lobbies, one for the condo suites above, and one for offices that are proposed for floors 2 through 4. The proposed office space int he new building represents 45.8% of the space in the current building. 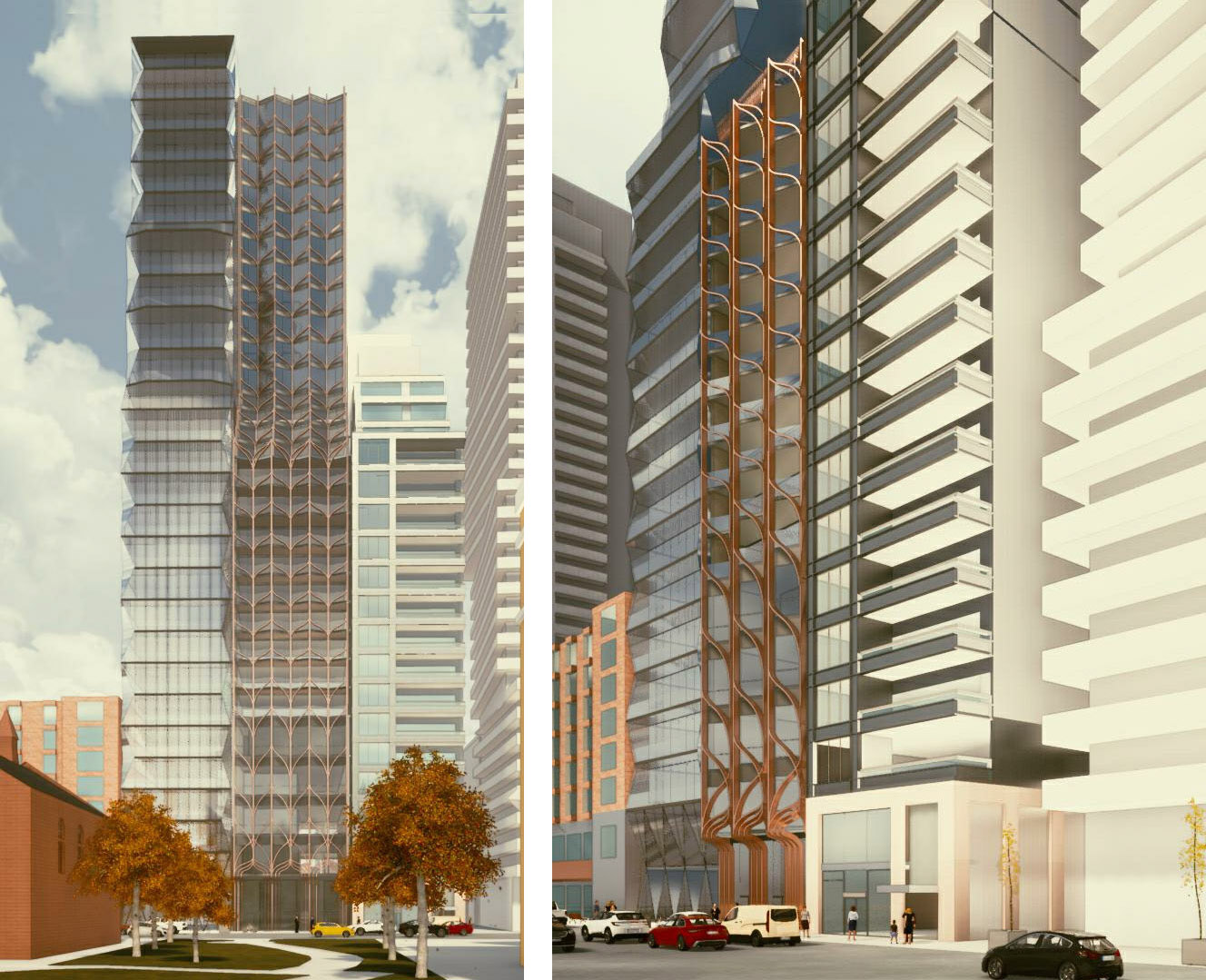 While the existing building is set back from Bloor Street behind a patio for the ground floor restaurant and behind stairs leading to a second floor restaurant balcony, the proposed building would be built flush to where the 19-storey, 2012-opened Museum House extends to the east of it. 208 Bloor West’s southern elevation is shaped as two full and two half bays that project southwards, with a copper coloured filagree lattice giving texture and sheen to what will presumably be a luxury product. Balconies would front each suite from the 6th floor up, behind the filagree. The building begins to step back at the 16th storey, and same height at which Museum House does. Floor plates from the 6th to 15th storey are only 405 m², while the 20th through 28th floors are 270 m², much smaller than the typical Toronto point tower of 750 m². 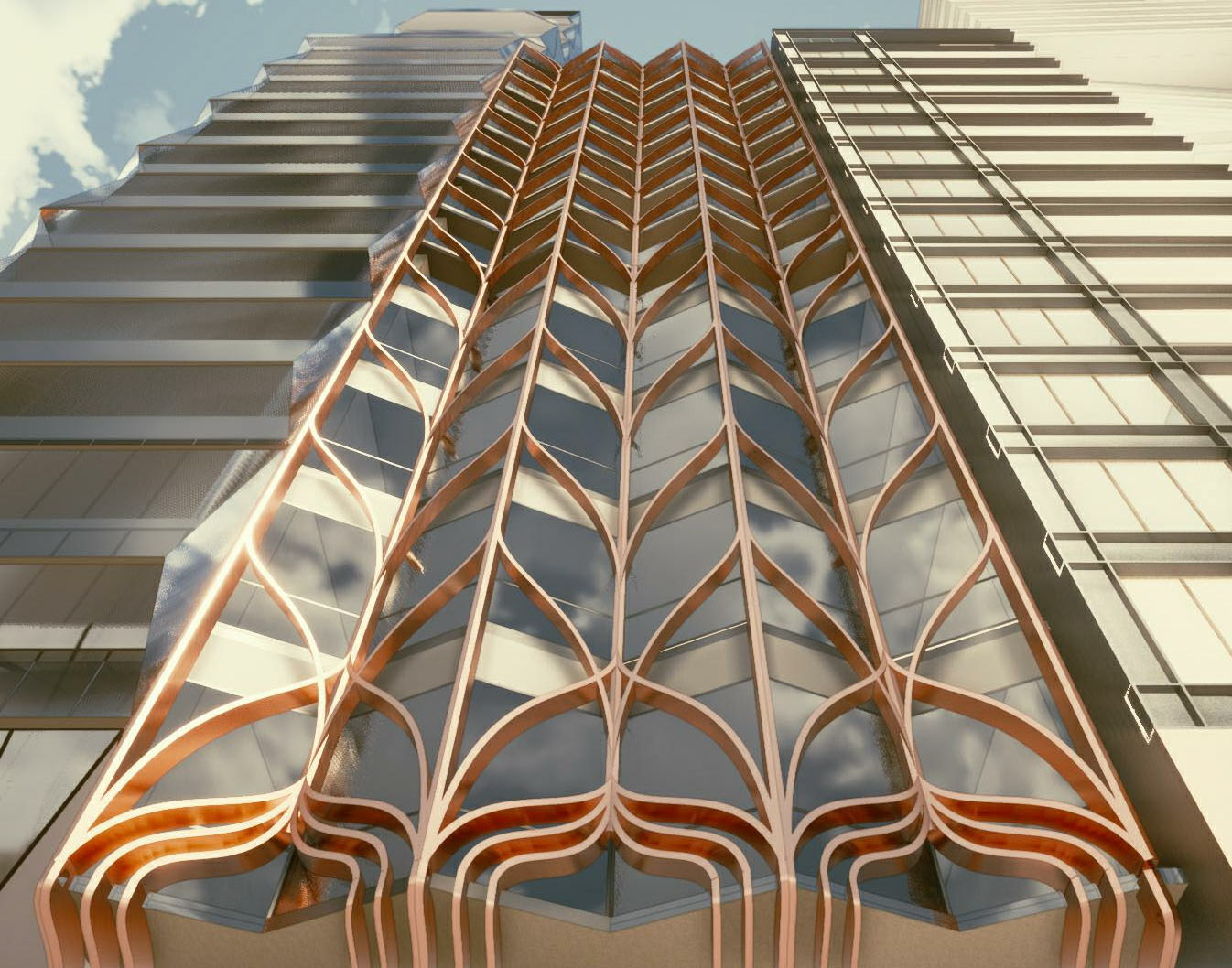 Looking up at 208 Bloor West, designed by BDP Quadrangle for Plaza Partners

Currently to the west of 208 Bloor West is the two-storey Remenyi House of Music, which sold in June 2018 to Tribute Communities in June, 2018. In November, 2018, Tribute submitted an application to the City to replace Remenyi with a 29-storey Core Architects-designed condo tower. In May, 2019 the City issued a Refusal Report, characterizing that proposal as “on overdevelopment of the site.” Tribute appealed the decision to the Local Planning Appeals Tribunal, and a hearing was scheduled for February 4, 2021. No decision has been made public, nor has there been any indication yet whether Tribute and the City may have sought a settlement in advance. 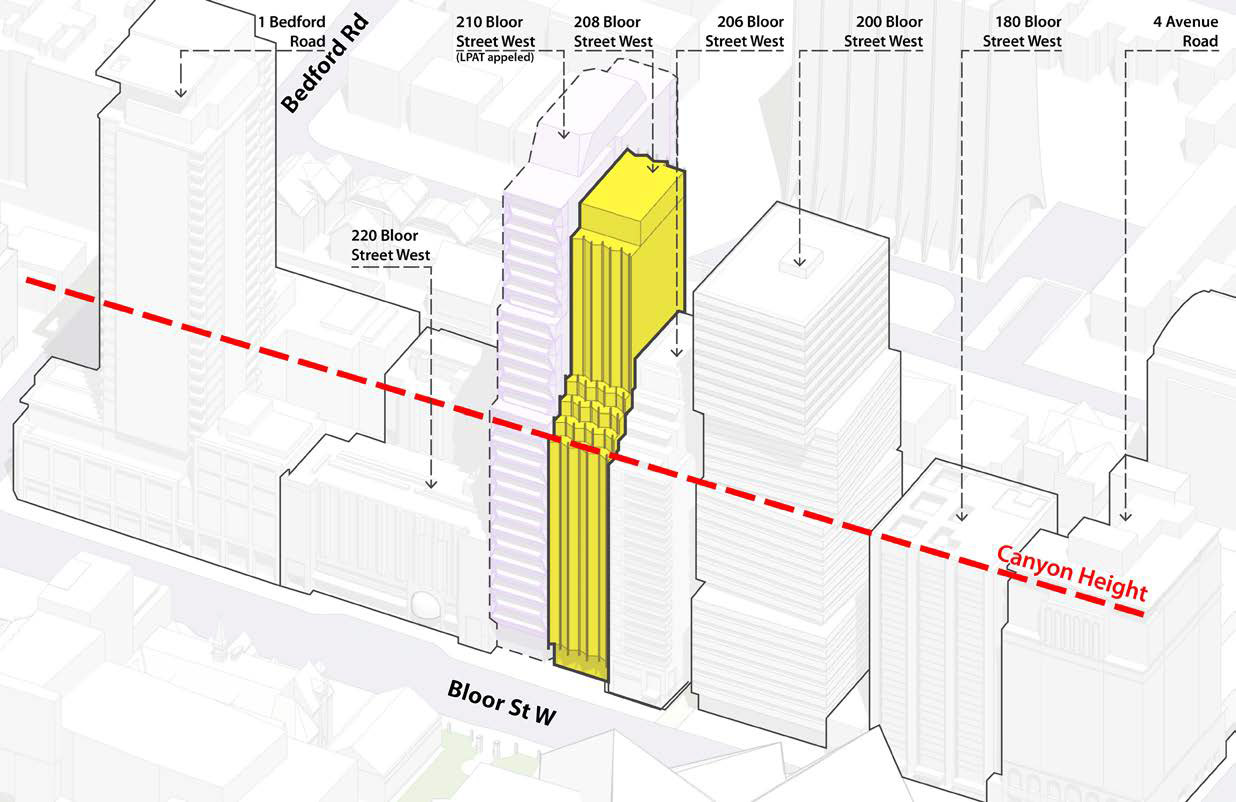 Looking northwest towards 208 Bloor West in its local context, designed by BDP Quadrangle for Plaza

At 105.36 metres-tall, 208 Bloor West is proposed slightly shorter than the refused 111.25 metre-tall 210 Bloor West proposal, but slightly higher than the existing Exhibit Residences, a 32-storey, 99.97 metre-tall condo that was completed in 2017 two doors to the east. These buildings all back on a Toronto Parking Authority lot built above the lines 1 and 2 subway tunnels. Owing to a City-owned property to the north addressed to 208A Bloor Street West which extends north of both 208 Bloor West and the adjacent Museum House (shown below), these buildings do not extend as far north as where the 210 Bloor West proposal. 208 Bloor West has an easement over 208A Bloor West, allowing for garage and servicing access. 208 Bloor West’s garage would be accessed by a car elevator, and is proposed to have spaces for only 12 cars. 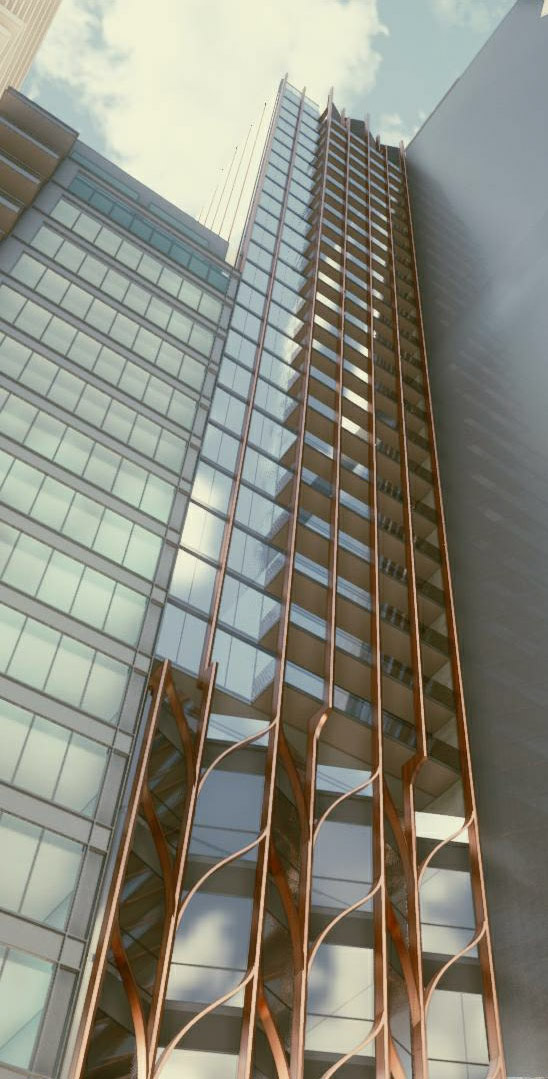 208 and 210 Bloor West are both designed to have only two residential units per floor, and only have windows facing north or south. The buildings would butt up against each other. While we should know in the coming months whether 210 Bloor has won its appeal or whether approval for a smaller version of that proposal will be sought, 208 Bloor West is only at the beginning of the planning process, and we can expect a public consultation to be called regarding the proposal later this year.