Just steps northwest of Toronto’s bustling Yonge and Dundas intersection, Lifetime Developments‘ new addition to the Downtown Core is rising fast on Edward Street. Construction started on Panda Condominiums in mid-2018, and the Turner Fleischer Architects-designed tower has been progressing above grade since the beginning of 2020, now standing well over halfway towards its final height of 30 storeys as black and white exterior cladding is now beginning to suggest the project’s playful moniker. 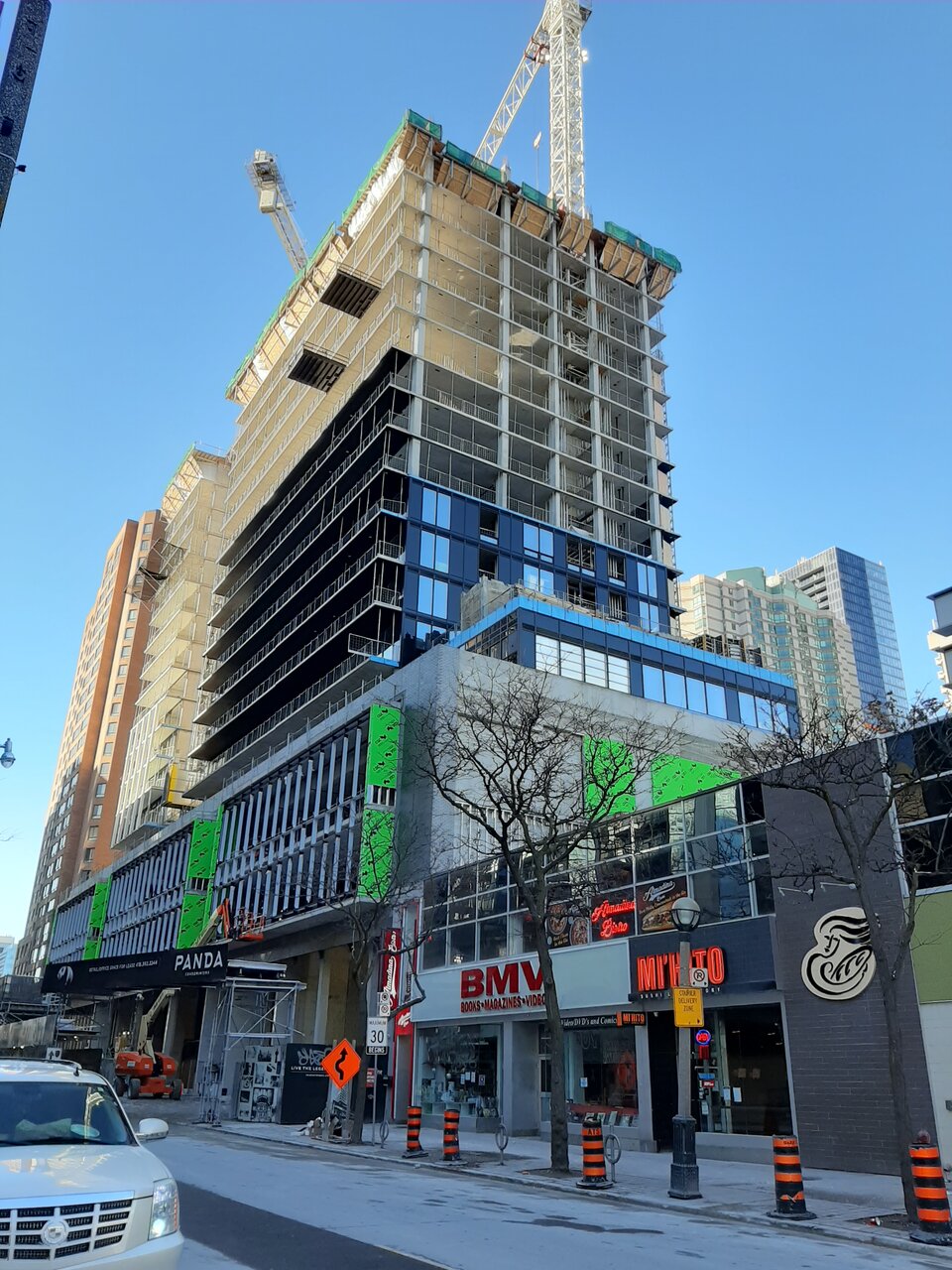 Since rising above grade at the start of the year, Panda has surpassed a series of construction milestones including completion of the building’s three-storey podium in June, and the first panels of cladding installed in September. We last checked in on construction in October, when the smaller tower floor-plates were quickly rising and exterior finishing work was picking up. At that time, Panda stood ten storeys tall, at roughly one-third of its final 107.6-metre height. 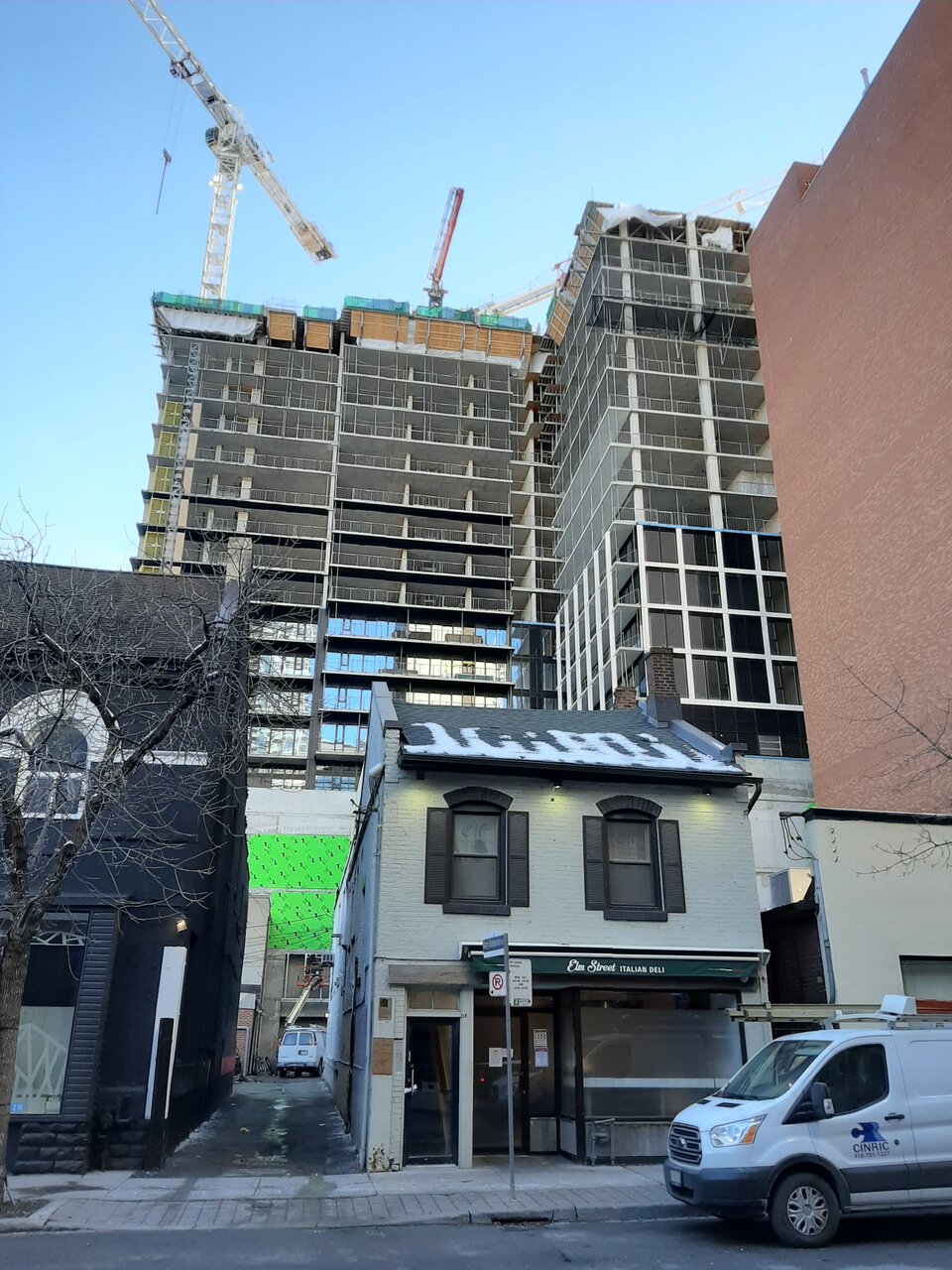 About two months later, another eight levels have been formed. Now 18 storeys tall, the final dozen residential floors should continue to rise at a good rate. The final level, a mechanical penthouse with special forms required, will take a little longer, like the complicated podium and concourse forming when Panda was near ground level.

The rise of the tower floors has revealed the massing’s conjoined volumes, articulated by a vertical strip indented into the tower face. In October when we last reported, charcoal-toned brick cladding was being applied to the podium levels. Over the weeks since, while window wall cladding has been sealing off the lower tower floors, accent finishes are defining each of the building’s two tower volumes differently, the painting of balcony slab undersides black or white to match the eastern of western portions, while a white grid around the window wall and along the balcony edges further defines the lighter western volume. 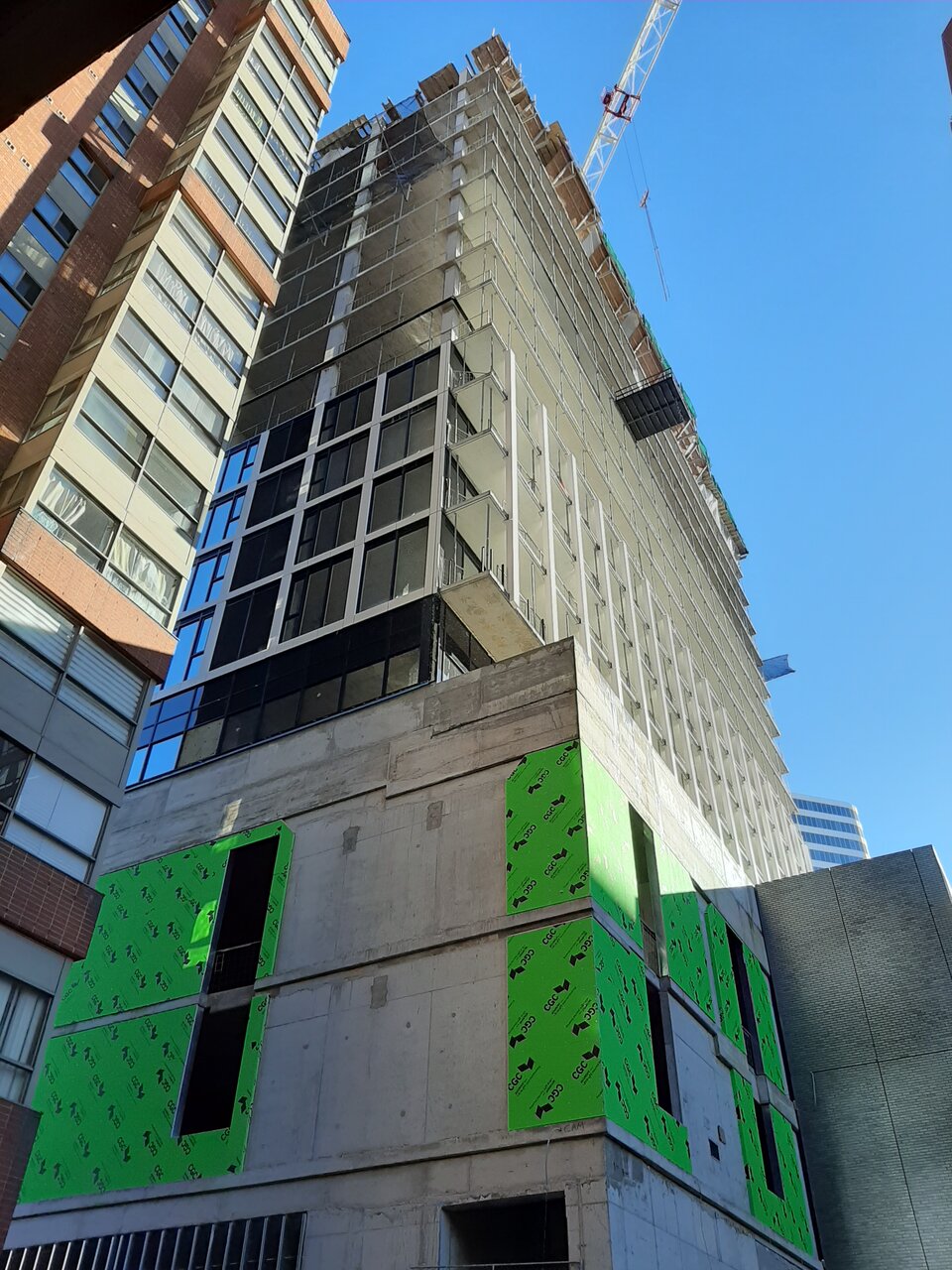 Due for completion in 2021, Panda is set to bring 555 condominium units to the Yonge and Dundas area, anchored to Edward Street by a mixed-use podium containing 1,100 m² of commercial retail space on the ground floor, and another 2,750 m² on the second floor, and over 2,750 m² of office space on the third floor. The below-grade concourse level—which features a roughed-in connection for a possible future PATH connection and/or second Dundas subway station exit—will include an additional 1,860 m² of commercial retail space. 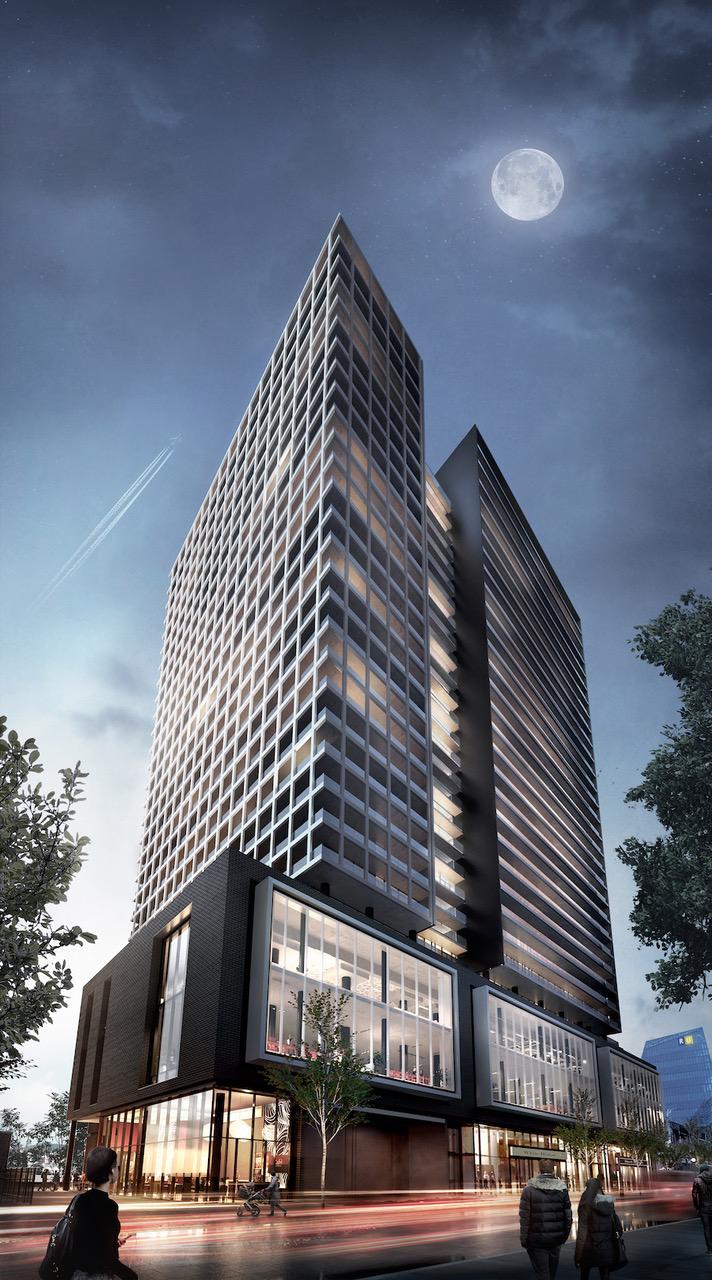