This week’s Throwback Thursday takes us to Toronto’s South Core, comparing a pair of photos that highlight the most significant office tower added to the city skyline since the early 1990s. We look back two years and two months to a shot from the west tower of the Harbour Plaza Residences. This angle faces northeast over the concrete elevator core of CIBC SQUARE‘s south tower. A trio of cranes can be seen working away on the building’s nascent rise beside the Gardiner Expressway, while to the north, steel decking had begun to cover a section of rail corridor immediately east of Union Station. 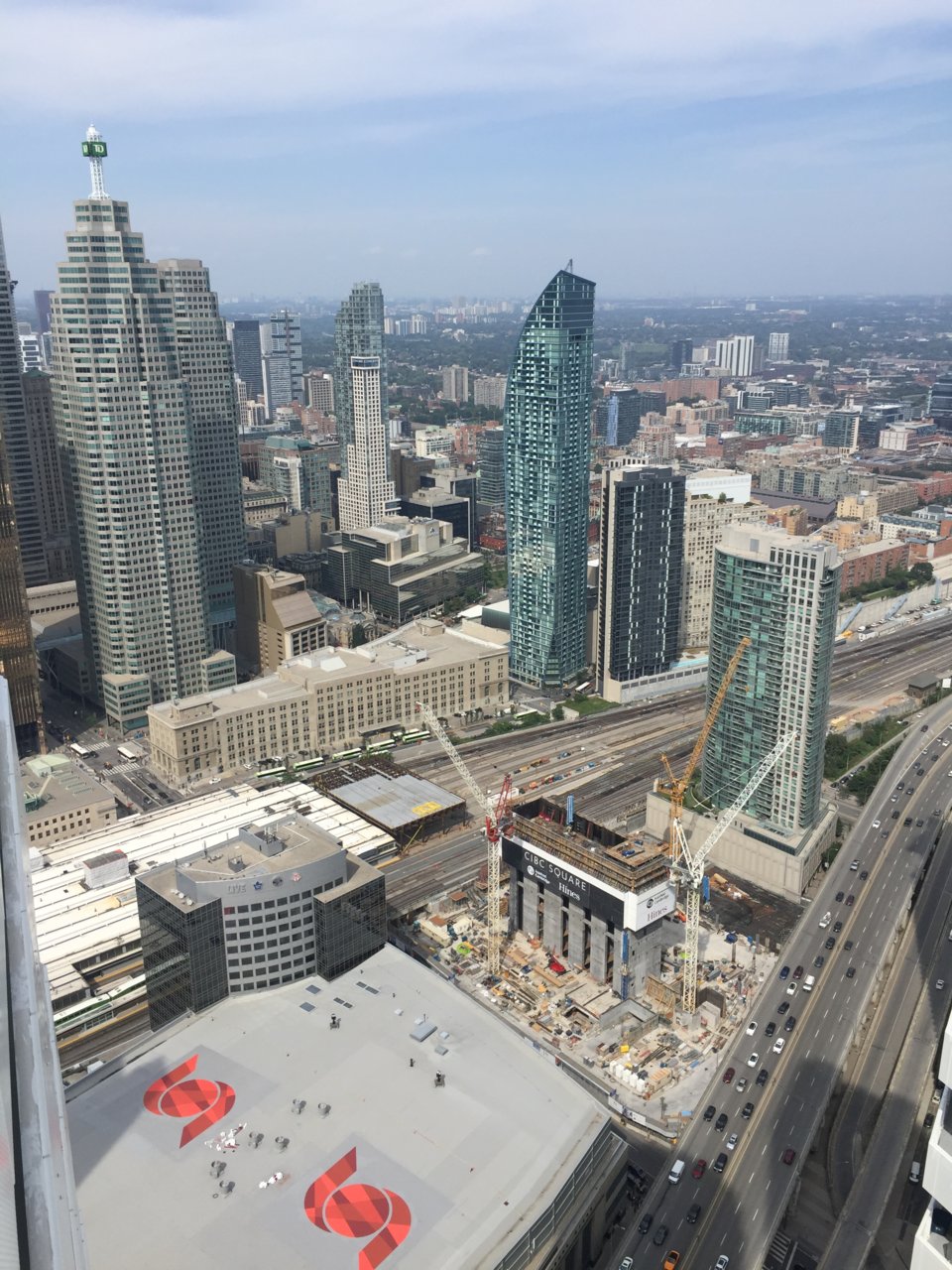 Jumping ahead to now, a shot from the same spot shows the WilkinsonEyre Architects and Adamson Associates Architects-designed 49-storey office tower, now topped out and largely enclosed in its diamond-quilted curtainwall glazing, while the expanded deck over the rail corridor is now topped in concrete in preparation for the public space that will eventually connect the two CIBC SQUARE phases either side of the tracks. 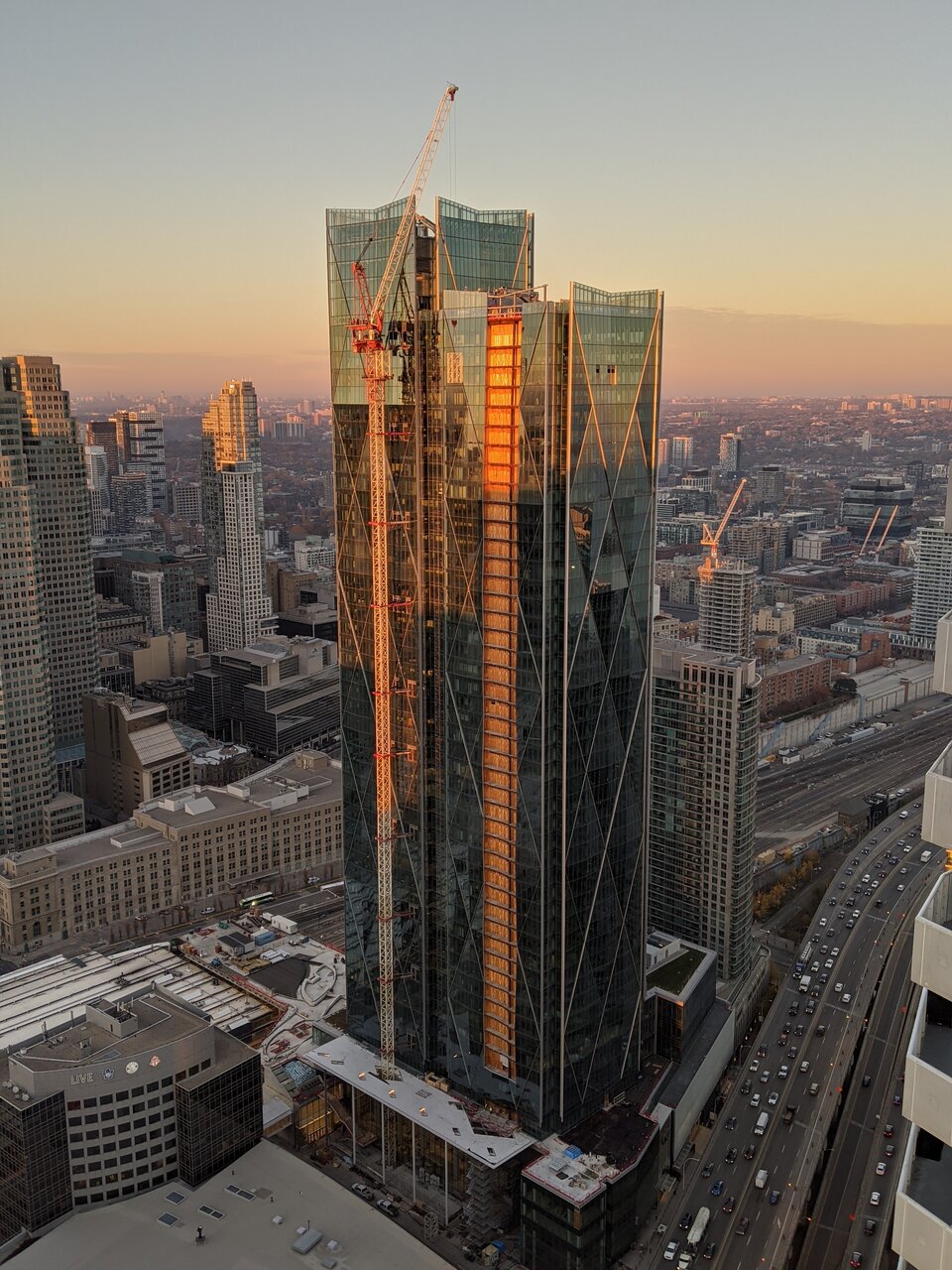 More changes can be seen to the right of CIBC SQUARE, where 75 on The Esplanade is rising, while further east, more cranes mark the Sherbourne and Front streets sites of St. Lawrence Condos and Time and Space Condos.

Below, you can watch for more changes in the animated GIF.