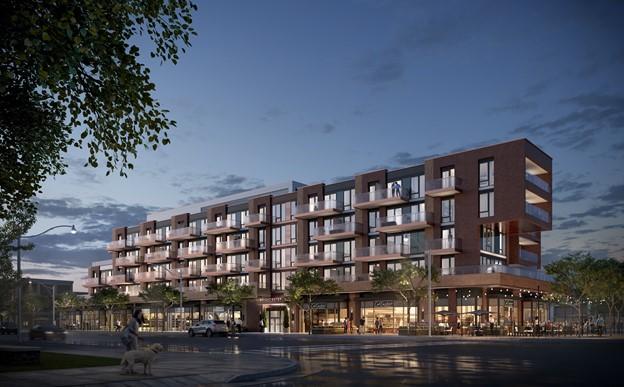 Port Credit has, in a few short years, exploded into one of the GTA’s most popular destinations, and with a slew of dining and live music options, to say nothing of easy access to Lake Ontario’s placid waves, why wouldn’t it be?

Tommy Donnelly, owner of The Brogue Irish Pub on the corner of Lakeshore Rd. E. and Hurontario St., has been in the area for 30 years and remarked how much it’s changed just in the last few years alone.

We have a lot of events that go on through the year, like various arts festivals, which became a big draw as the years went by. We’d see it getting bigger and better every year.

“Lake Ontario is the main attraction. Our parks are absolutely jammed over the weekend, and not just with local people; they’re from all over the GTA, whether north Mississauga, Brampton, or other parts of the region.”

Donnelly noted that a lot of young professionals have moved into the area in recent years. While one would think that demographic prefers the bright lights of downtown Toronto, that isn’t necessarily the case.

“You have GO Train access, which is incredible because it gets you downtown in 20 minutes, whether you work there or want to visit for a Blue Jays or Leafs game. It’s easy access,” he said. “Port Credit is a lot busier today because it’s walkable. You can’t walk around Square One or Sherway Gardens on the outside, but here the streets are very attractive and pedestrian-friendly, and you can easily access the lake.”

Brightwater, a master-planned community along Lake Ontario in Port Credit, has launched two successful phases in recent years, and now it’s gearing up to release its third phase. According to Ryan Coyle, co-founder of Connect.ca Realty, there was robust demand from end-users, many of whom were downsizers and young professionals looking to soak in the waves and ebullient street life, during the first two phases.

Coyle added that the development has tremendous appreciation potential because it sits at a rare transit node in the region that succours swift access east, west, north and south to the lake—he added that developments around Highway 7 have appreciated faster for similar reasons. With a Go Train station across the street that runs twice on the hour and gets riders to Union Station in downtown Toronto in 20 minutes, as well as a dedicated LRT line being developed on Hurontario St. that will travel as far as Brampton, Brightwater is being developed in one of the GTA’s most lucrative neighbourhoods, which boasts over 50,000 residents and counting.

“Transit to the downtown core always increases rentability and price appreciation,” said Coyle. “Transit adds an incredible volume of tenants because it attracts more people who want to live somewhere central without having to rely on their cars, not to mention pay for parking, and they can bypass all the GTA’s traffic and reach any point in the city quickly.”

“Lake Ontario is a lynchpin of sorts for Brightwater,” continued Coyle, “because people travel from all over the GTA to spend an afternoon walking on the waterfront trail and watching the waves, but at Brightwater you can either do that from your balcony or by walking seconds out your front door. There aren’t many waterfront lifestyle communities essentially situated next to downtown Toronto, and when they go on sale, as we saw with Brightwater’s first two phases, they get scooped up quickly.”

In addition to the water, the site has five parks, 18 acres and it’s next to the Port Credit Harbour Marina. The Lakeshore strip has also changed to reflect a younger, trendier crowd, with pop-up restaurants, boutique storefronts, and new bars lining the street, while some older taverns have undergone makeovers. However, as an established neighbourhood—a town unto itself that was amalgamated into Mississauga, in fact—Port Credit has about eight schools and learning centres, which Coyle noted has elevated values immensely.

Condominiums in Port Credit are in low supply, comprising only 18% of all homes in the area, and coupled with the fact that Mississauga rental rates have surged by 41% in the last five years, Coyle says the neighbourhood’s indomitable market fundamentals guarantee a strong ROI.

“Condo investments in Mississauga are appreciating 16% more annually than they are in Toronto, where the per annum appreciation is 11.83%. Port Credit is also an affluent neighbourhood, where the average household income is over $130,000, which is about 83% higher than it is in Toronto.”