On February 10th, the Government of Canada announced that it was investing $14.9 billion for public transit projects over the next eight years, which includes permanent funding of $3 billion per year for Canadian communities beginning in 2026-27.

According to a government news release, “This [commitment] provides cities and communities the predictable transit funding they need to plan for the future, and is part of our plan to create one million jobs, fight climate change, and rebuild a more sustainable and resilient economy.” 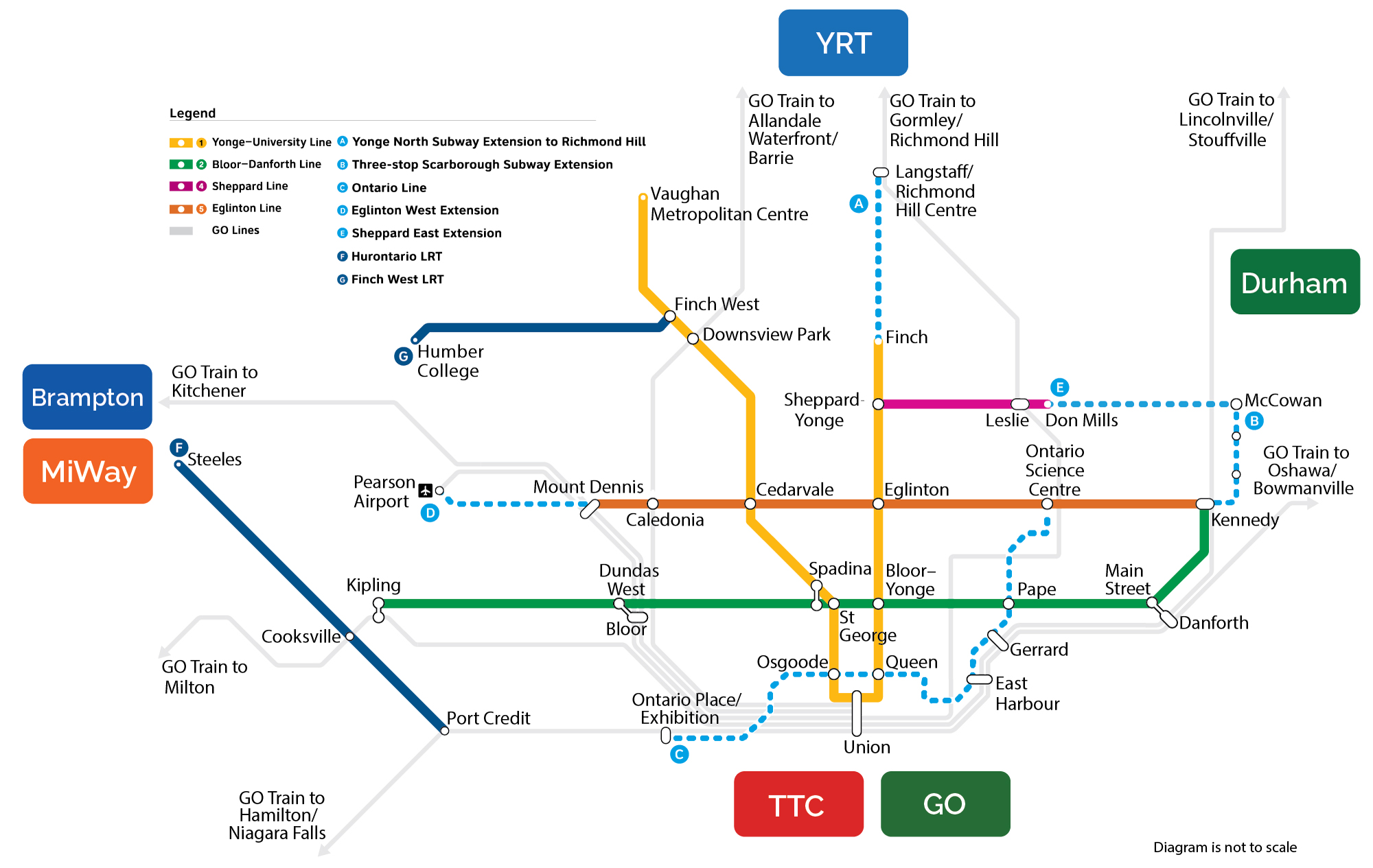 This map illustrates the Ontario government’s vision for transit in Toronto and area, image, Province of Ontario

In announcing the funding, Prime Minister Justin Trudeau said, “When we invest in public transit infrastructure, we are supporting good middle class jobs, creating better commutes, fighting climate change, and helping make life easier and more affordable for Canadians. We will continue to do what it takes to ensure our economic recovery from COVID-19 and build back a more resilient country for everyone.”

Reaction from local municipal leaders was swift. “This is great news for Toronto and our transit system,” Mayor John Tory said. “Over the coming days and weeks, we expect that the details of this commitment will show the tremendous impact on Toronto transit that will be achieved with this investment. I am confident that Toronto will receive its fair share of funding from this initiative and that it will make a significant contribution to our economic recovery in the wake of COVID-19. Our share of this investment will mean transit expansion, transit vehicles and other system upgrades, jobs and a greener city.”

Markham mayor Frank Scarpitti stated, “This is a positive sign for the Yonge North Subway Extension, York Region’s top transit infrastructure project. It is one of the most studied and justified transit projects in the country and we cannot wait any longer to get shovels in the ground. By earmarking these infrastructure dollars, the federal government is confirming its commitment to making public transit investment a high priority.”

Earlier this week, Ontario’s Transportation minister, Caroline Mulroney, announced that Ontario had selected five priority projects that it hoped the federal government would fund. Four of those projects are in Toronto, part of the transit expansion plan that Premier Doug Ford announced in April 2019. Those four projects include:

In a surprise part of the announcement, Mulroney identified a light rail transit line in Hamilton as Ontario’s fifth priority project for federal funding. The Ontario government controversially cancelled the project in December, 2019 after previously committing $1 billion towards building the line. The renewed support for the project may, however, result in a shorter line than Ontario and the City of Hamilton had earlier planned. 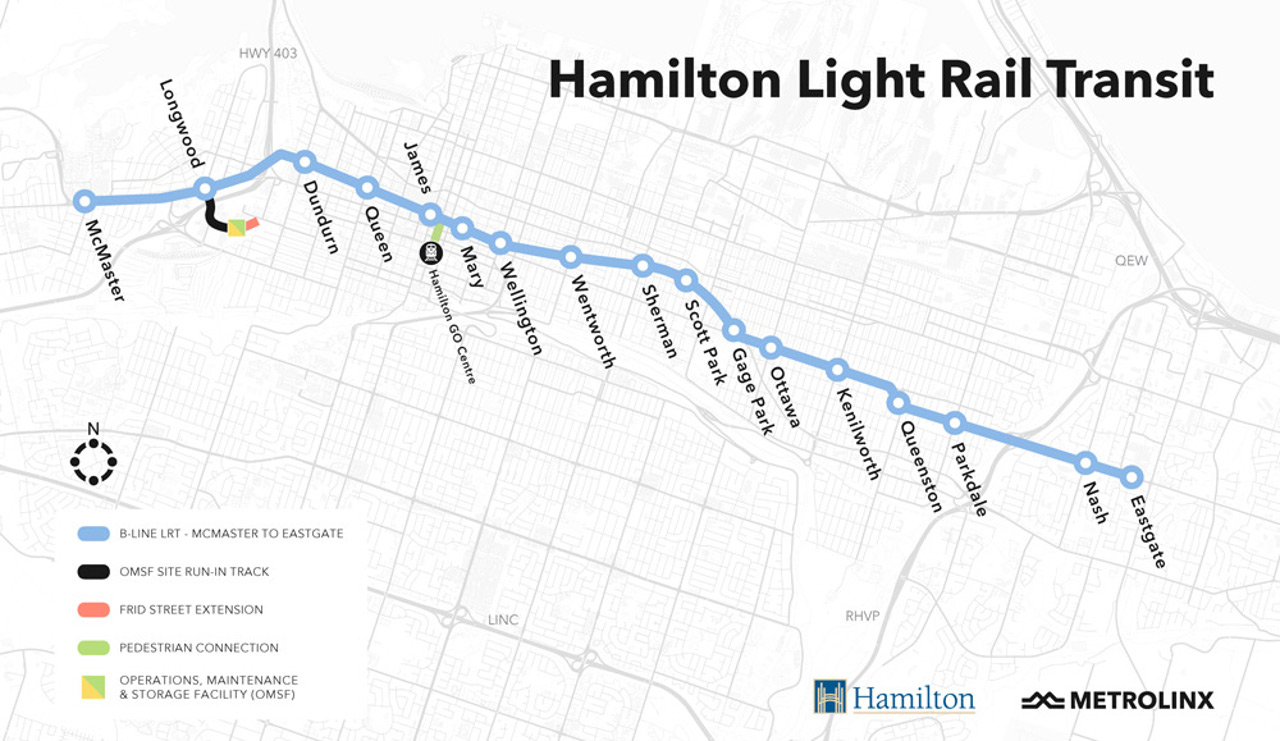 Map of the proposed Hamilton LRT, image, City of Hamilton

As Canada explains in its news release, “Since 2015, the Government of Canada has spent over $13 billion in more than 1,300 public transit projects across Canada. These investments have helped build more than 240 kilometres of new public transit subway and light rail line, purchase over 300 zero-emission buses, and create almost 500 kilometres of active transportation trails, bike and pedestrian lanes, and recreational paths. Through the Investing in Canada Plan, the Government of Canada is already investing $28.7 billion to support public transit projects, including $5 billion available for investment through the Canada Infrastructure Bank.”

Like Mayor Tory, we await details on how Canada allocates this funding to local projects. UrbanToronto will update you as we learn more.

How do you think Canada should distribute this investment? Add your comments in the space below or join the discussion on our Forum: