A stretch of Dundas Street steps from Kipling subway and GO stations on the west side of Toronto is experiencing a significant growth spurt with a pair of multi-tower communities that are now well under construction. The first of these to begin construction was Concert Properties‘ Kip District community, its first of five towers, an IBI Group-designed 28-storey condo, opened in 2018. The next two towers of the Kip District are now rising.

East of the completed first phase, the community’s second and third buildings are to be a 24-storey condo tower to the west and a 21-storey purpose-built rental apartment building to the east, both designed by BDP Quadrangle. Construction of these two buildings has been ongoing since August, 2019, and we last checked in this past July when the buildings first progressed above grade. 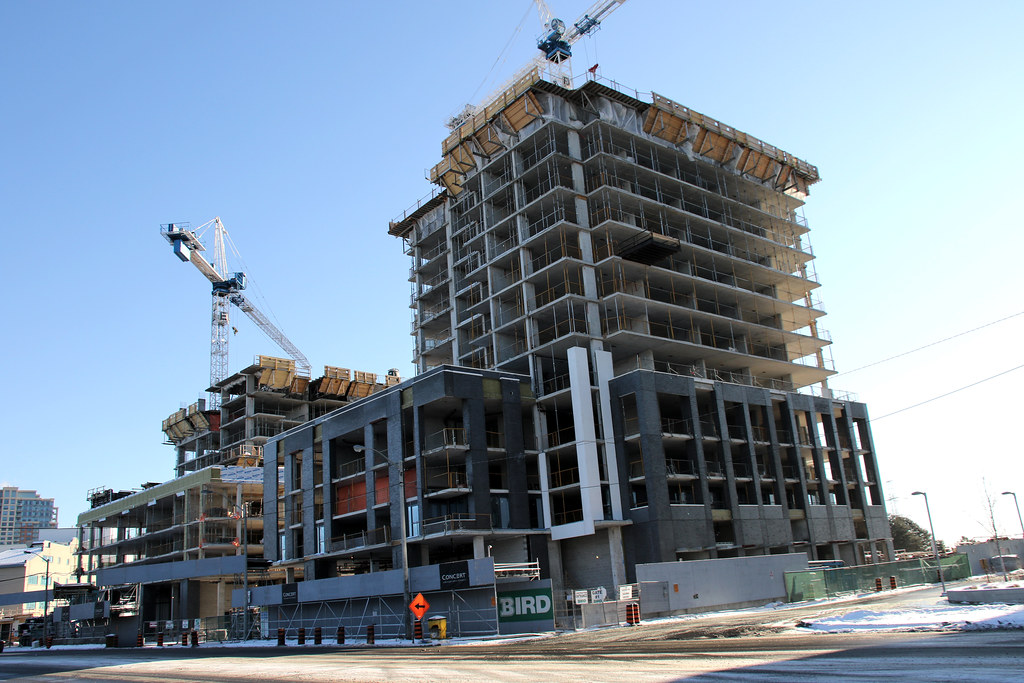 Seven months later, both buildings have grown significantly, with the condo tower now having its 13th level formed, and the rental building following having its 9th floor currently formed. 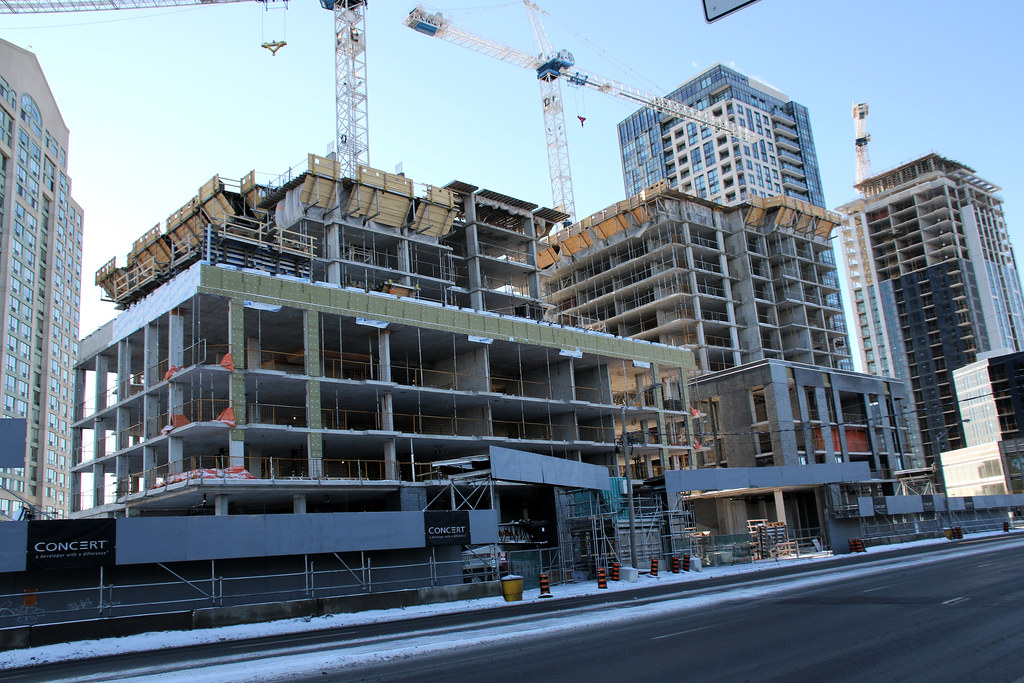 As it rises taller, the condo tower is now having its first cladding applied on the podium levels. Brick-embedded precast panels have been installed up to the top of the fourth floor, while the first panels of window wall glazing have been installed, showing reflective glazing framed in black mullions. The first sections of white precast framing are also now installed on the condominium tower’s northwest corner and at the rear of the podium. 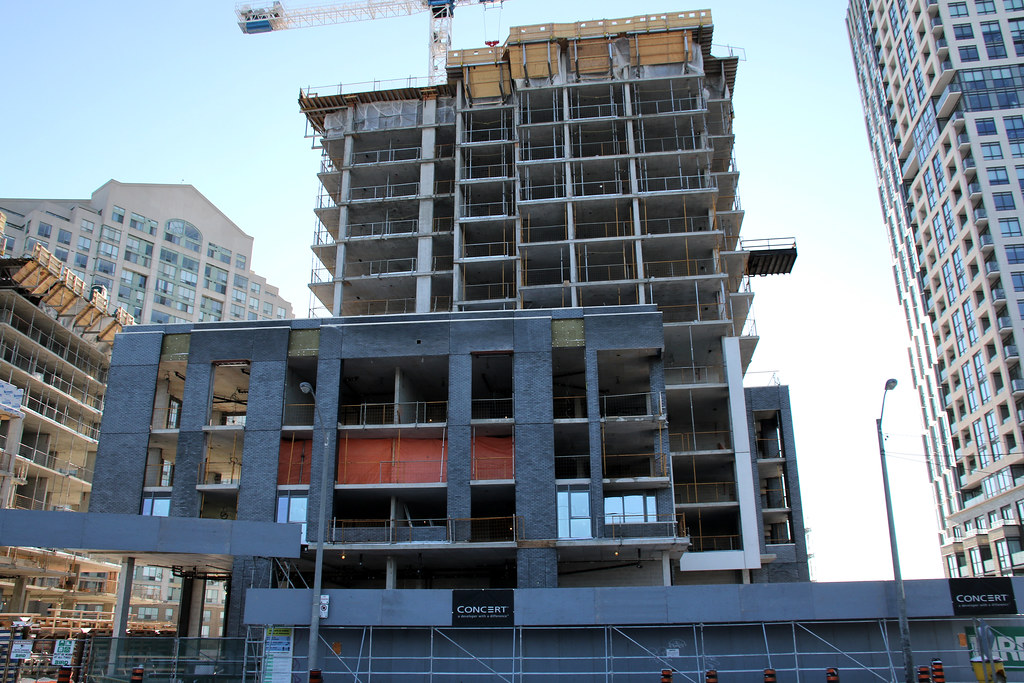 To the east, backing has been installed along the rental building podium for the upcoming installation of its brick finishes. 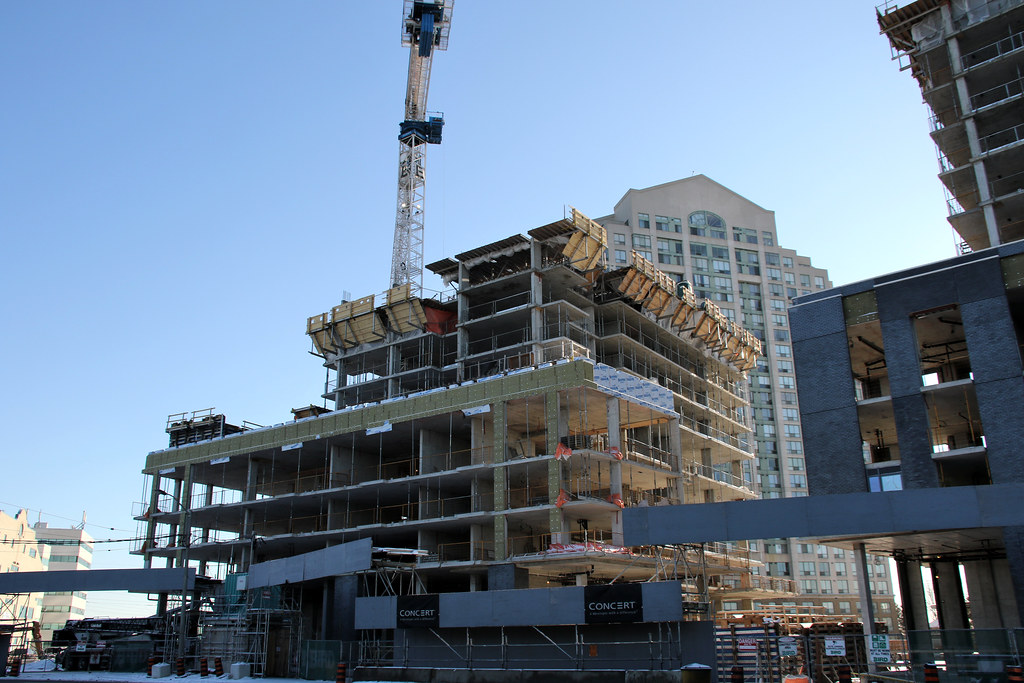 Once complete, the pair of buildings will bring over 500 combined condominium and apartment suites to the complex, with 286 condominium units and 233 purpose-built rental apartments. 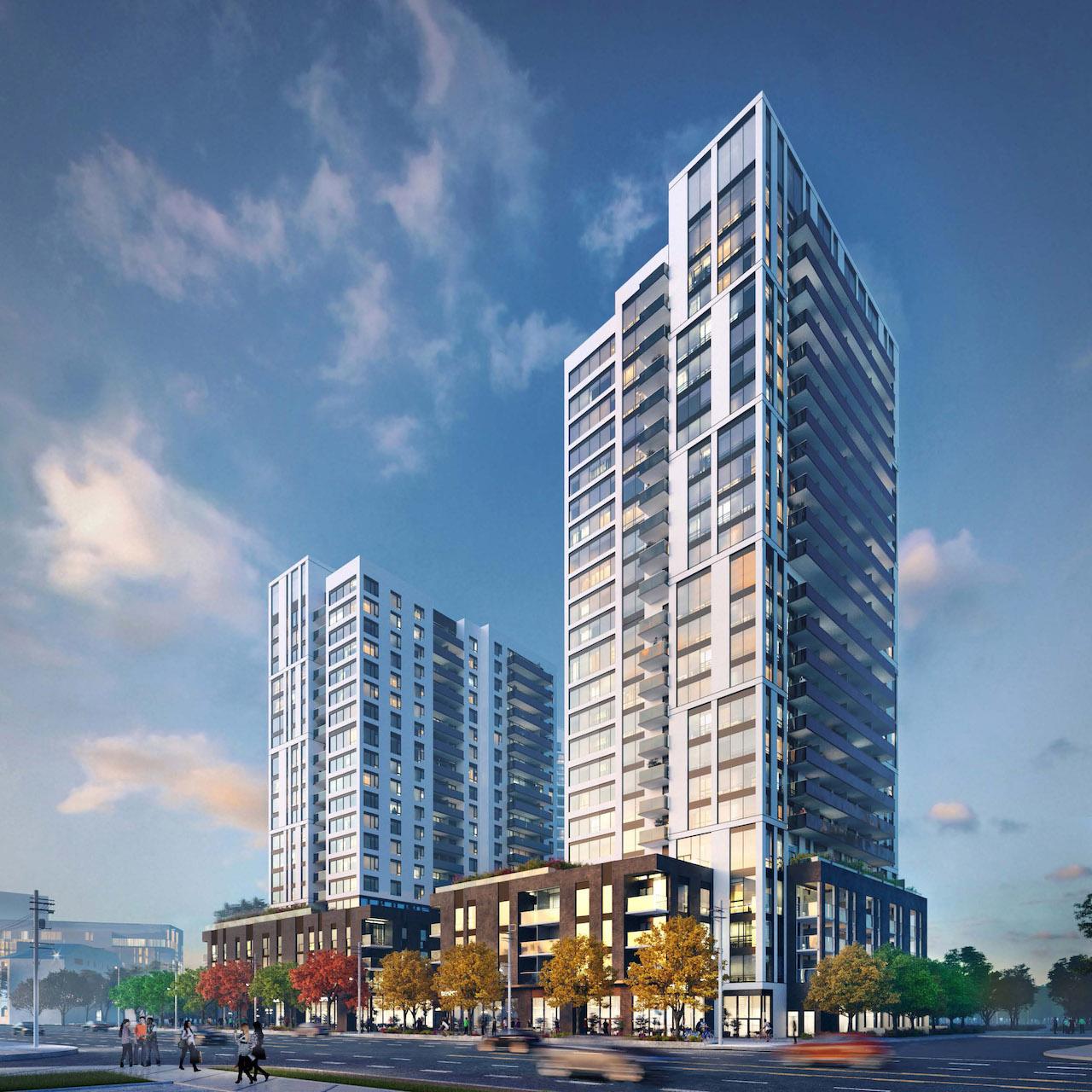 Next buildings in the Kip District, image via submission to City of Toronto

Two more IBI Group-designed residential buildings are to come at The Kip District, one of 37 storeys and the other of 39. To rise along the southeast edge of the site close to the rail corridor, they will be separated from the towers now under construction by a landscaped courtyard. Site Plan Approval applications for them are currently under review by the City.

You will find images of the last two towers and more in our Database file for the project, linked below. If you’d like to, you can join in on the conversation in the associated Project Forum thread, or leave a comment in the space provided on this page.