York U Getting Its Own Leaning Tower…of Continuing Studies

About 6,800 kilometres west of Pisa’s Leaning Tower, Toronto is getting its own leaning landmark on the main campus of one of its cathedrals of learning. At York University though, the dramatic tilt is intentional: the Keele Campus’ School of Continuing Studies has been under construction since March of last year, and the boldly leaning steel structure now marks the intersection of The Pond Road and James Gillies Street. 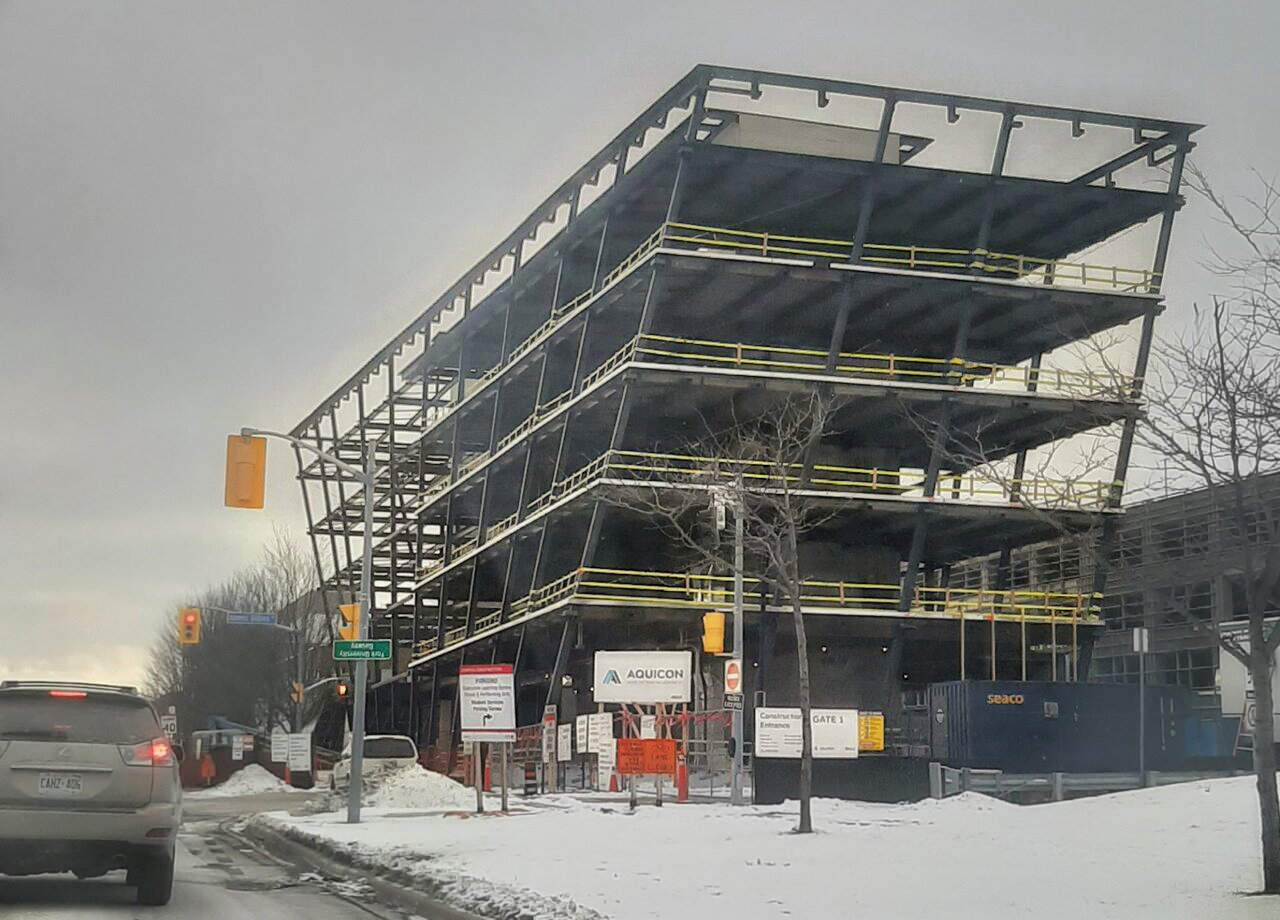 We last checked in on the Perkins + Will-designed building’s construction in October, when the structural steel skeleton was forming around a trio of concrete cores set to house stairs and elevators. At that time, the steel around the easternmost of the three cores had reached its full height, with a pronounced lean to the north. Assembly of the skeleton has since advanced to the west, transitioning to a fully vertical point around the central core, and most recently having reach the west end and its lean to the south.

Work is now quickly advancing on the concrete floor sections. Corrugated metal decking is the sign of this work from street-level, now laid across the eastern half of the building. Once the metal decking is on the west side and the concrete floors poured over it, the next major step will be the installation of the signature exterior cladding, a series of triangular panels and punched triangular windows that respond to the building’s twisting massing.

Once complete, the 97,000 m² building will include educational and faculty spaces spread across six levels, five above grade and one below. Numbered ’00,’ the basement level is to include a mix of classrooms, mechanical rooms, and cafeteria, benefiting from open sections above that allow light to penetrate in from street level. Levels 1 through 4 will largely house classroom space, with the fifth floor containing a mix of offices, meeting spaces, workspaces for instructors, and a staff lounge.

The building was initially targeting to open its doors for the Fall 2021 school semester. While this pre-COVID-19 timeline no longer seems likely, no updated projected completion date has been announced. York University’s School of Continuing Studies, image via submission to City of Toronto